Question: Name something more comical than the multi-colored bowling shoes that we're forced to rent at every alley? 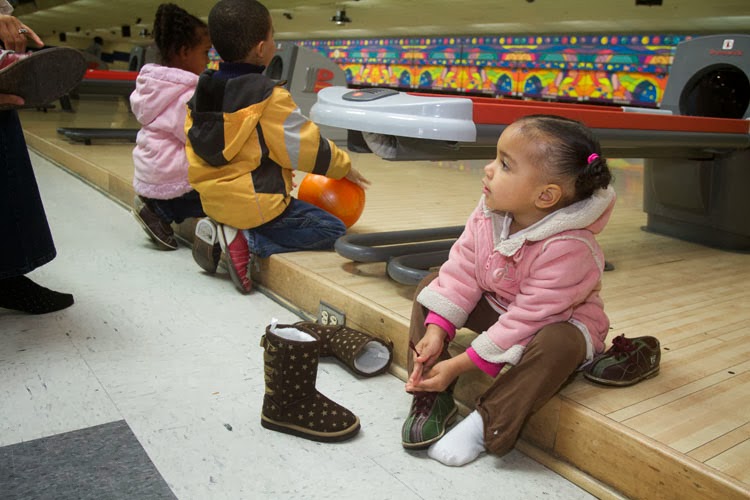 Answer: The necessarily ridiculous faces that we make when we release the ball. 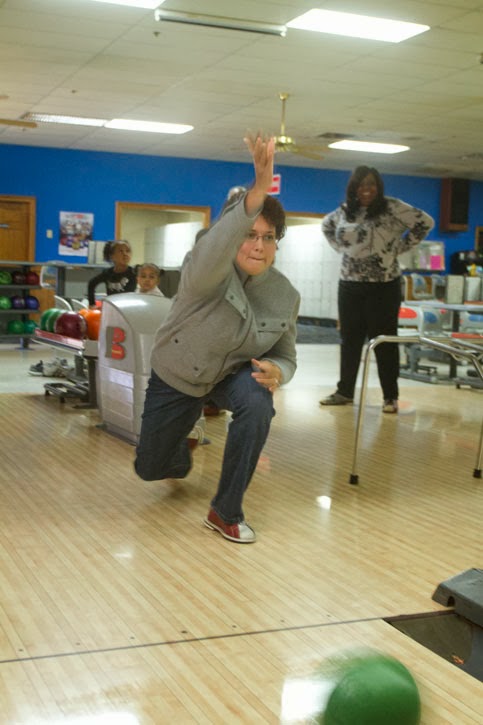 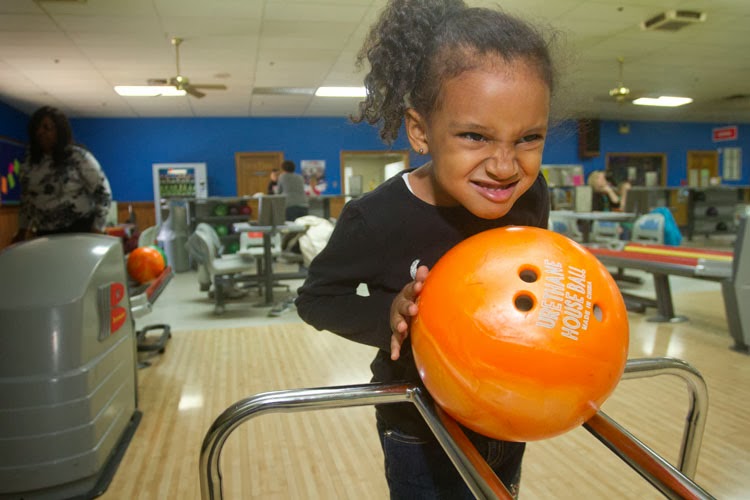 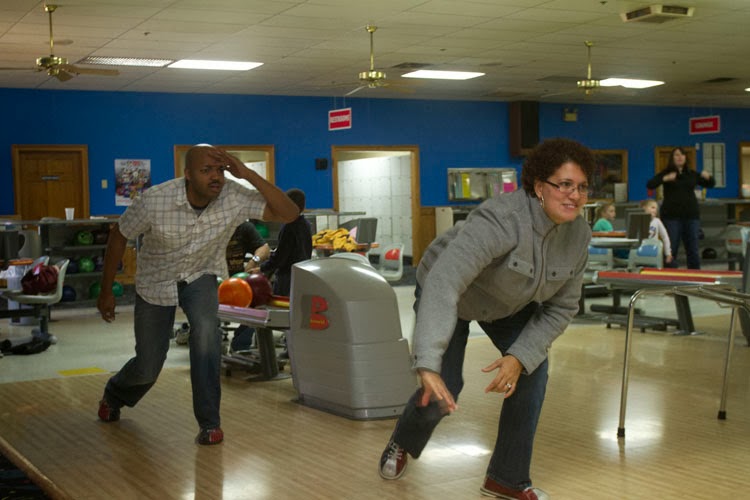 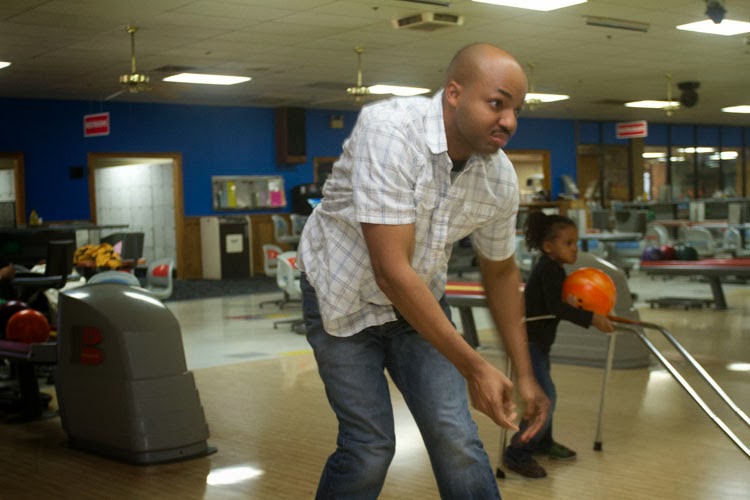 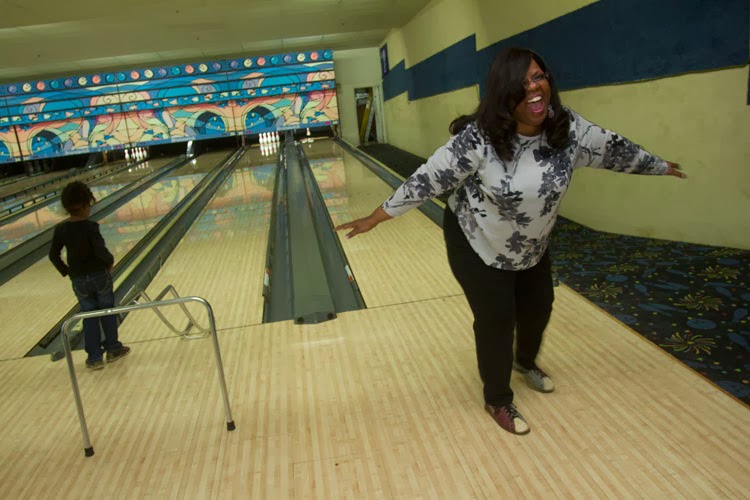 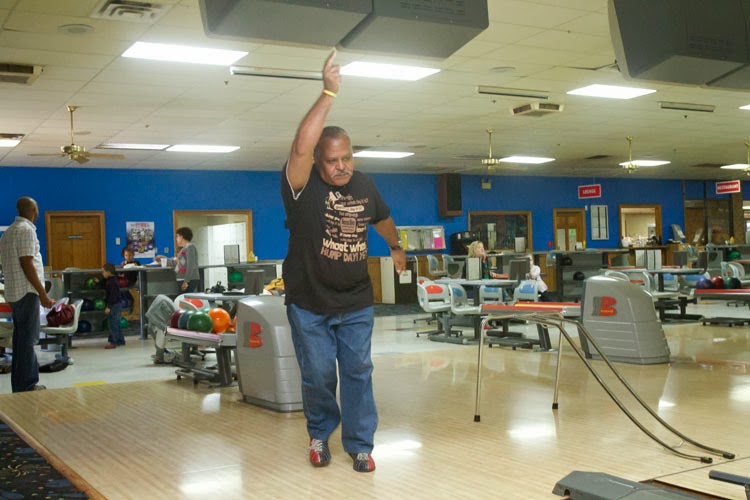 Yep.  The false intensity of the amateur bowler.  There's no topping it.
Happy Birthday, Daddy-O. 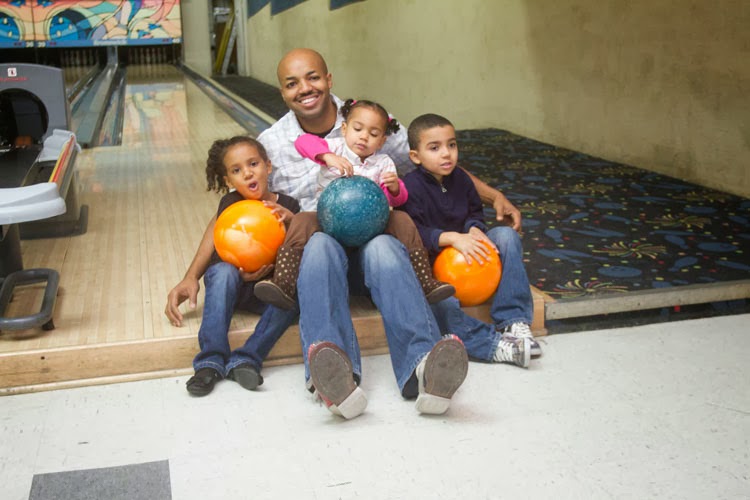 Posted by avidphotog at 6:58 AM No comments:

On the Up Swing

Naomi's swing graduation seemed like a fitting way to start the new year.  Truth be told, it was probably overdue. Since she is most likely the last baby that'll come through this house (biologically, or otherwise) it has been particularly hard to part with every little thing that points to her babyhood.  With Justin and Jasmine, it was easier because we were just putting stuff aside to make room for the next kid (crib, clothes, toys, etc).  But with her... this is it.  That jogging stroller, high chair and baby swing will now bypass the attic and find themselves on a donation list or a CraigsList ad.  And that's tough to swallow since she's growing up so much faster than the other two did as it is.

As for the swing set, if nothing else, we've now transitioned from a 3/2 format (3 kids fighting for 2 big swings) to a 4/3 format (4 kids fighting for 3).  It still leaves us with one less swing than we have kids, but I'm convinced that we've still decreased the odds of our weekly "I had it first" backyard brawls. 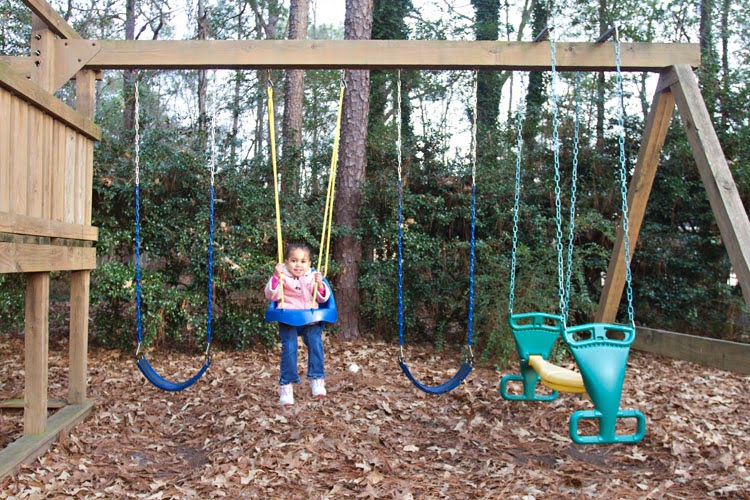 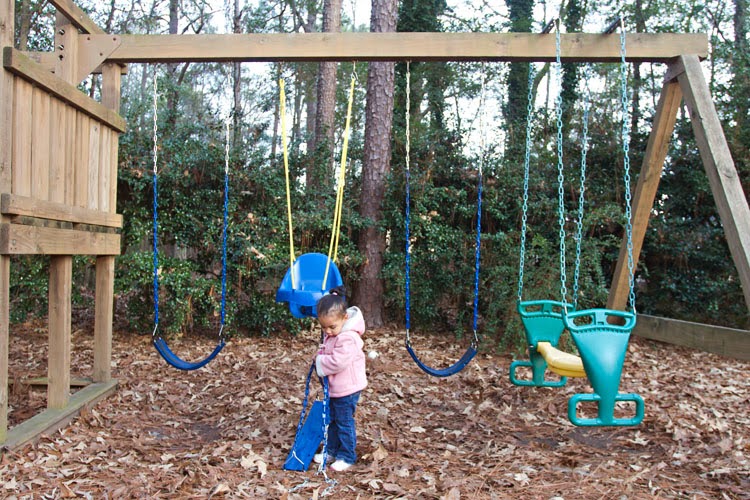 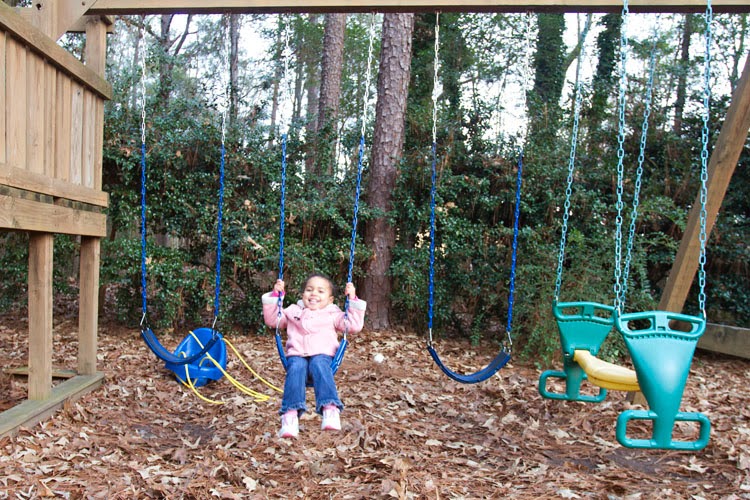 And speaking of stunting her growth for the sake of nostalgia... yes... the rumors are correct... we still put Naomi Janelle in the high chair for a meal every once in a while.  But that's more for containment and convenience than anything else.  Heck, we still put Justin in the high chair once a week to avoid the crumbs of an afternoon snack (is there anything messier than a six year old boy and a saltine?).  If I could strap all four of them down for every meal, I would.  But we only have one high chair.  So drawing straws will have to do.


Posted by avidphotog at 3:56 PM No comments:

This is so last year

I don't know if doing something two years in a row is enough to constitute a tradition, but December and January have become my photo archive update season.  I used to update the photo archives at the end of each month, and that had it's advantages (it made the task much more manageable, for one). However, doing it at the end of the year adds a more interesting element.  Waiting for the year to close allows just enough time for the memories to start getting foggy; but not to the point where they've totally slipped away.  It's just enough distance for the buzz of short-term nostalgia to kick in, but not so much that the details have been totally forgotten.

Every year, I inevitably forget how much we've done from one month to the next; and so compiling each month's gallery becomes similar to putting together a jigsaw puzzle without the box top for reference.  It's not exactly a cliffhanger (my memory isn't that bad... yet)... but it sparks enough interest and anticipation to make the exercise less of a chore than it used to be with the month-to-month approach.

Anyhow... here's our 2013.  Over 3000 photos, edited down to a few hundred, divided into twelfths; and archived for the next time one of our kids has thought that starts with the words, "remember when...".. because chances are I won't remember, but at least we now have digital proof.

Here's the link to our Family Photo Archive 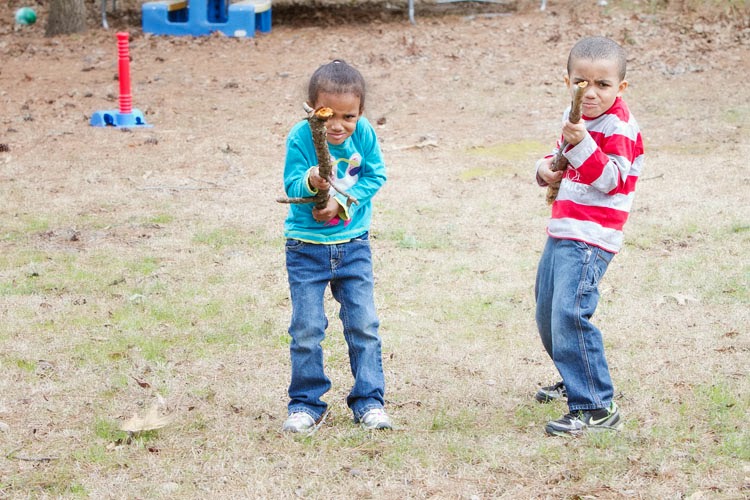 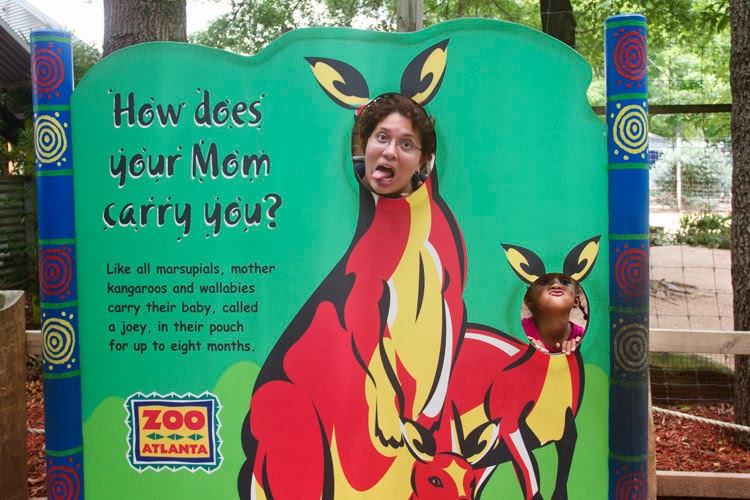 PS
As an interesting technology side note, this year's collection has far more mobile phone snaps than previous archives (I honestly don't know if the previous archives had any).  That's partly due to me becoming less of a photo snob in my old age and being able to live with having lesser quality photos in the archive.  It's also partly due to the fact that technology gets better every year (in terms of image quality and the ability to manage those images).  Two years and an iPhone upgrade later, those cell phone snaps suddenly don't look so phone-like anymore.  Either way, it definitely added a new layer of spontaneity to the gallery... capturing those moments when it just wasn't practical to have an SLR slung across my shoulder.  It also meant the inclusion of images that I'd personally never seen before (from Venesa's camera).  And at the rate that Justin and Jasmine are going, I wouldn't be shocked to see two more photographers in the mix for next year's archives.  And then the eventual passing of the torch. Now that will be exciting.
Posted by avidphotog at 7:40 AM No comments: