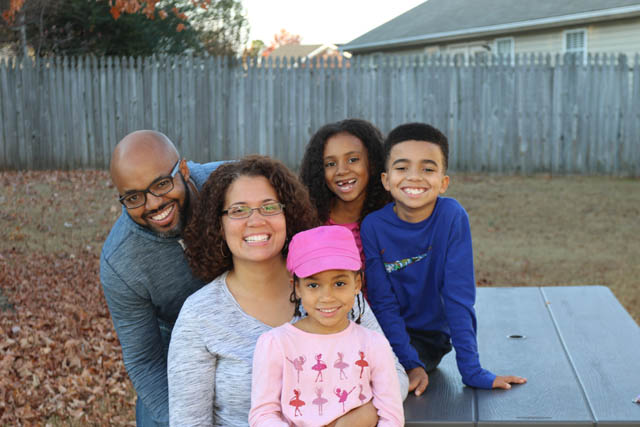 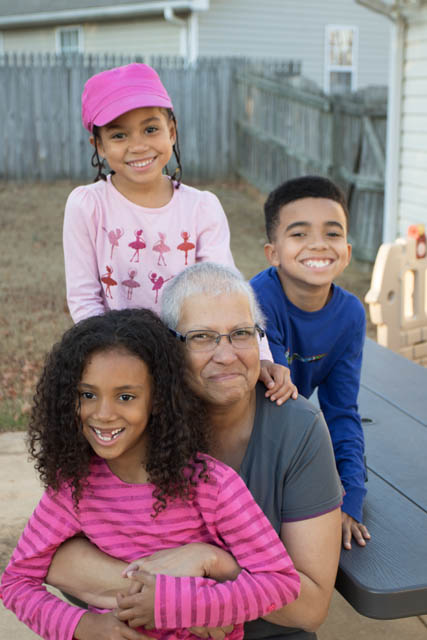 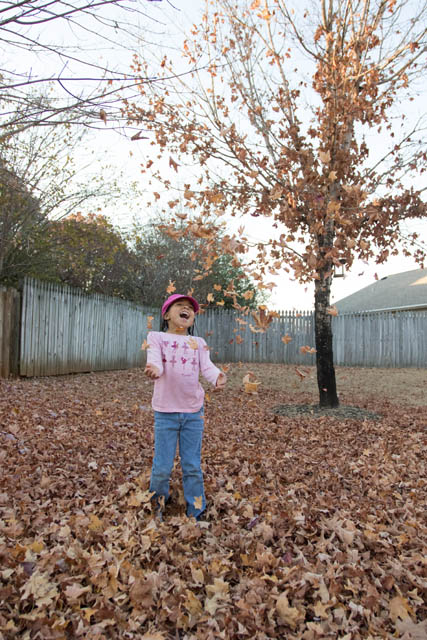 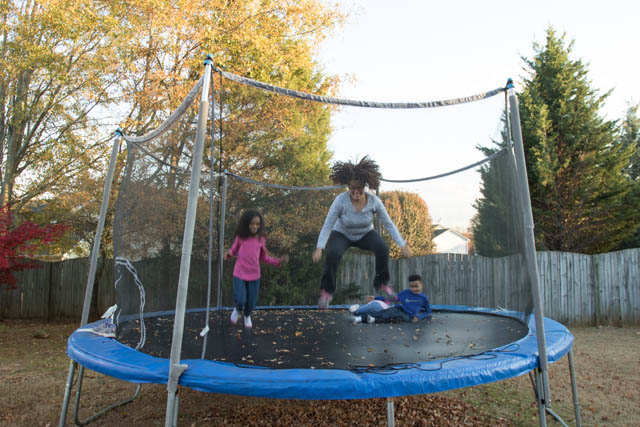 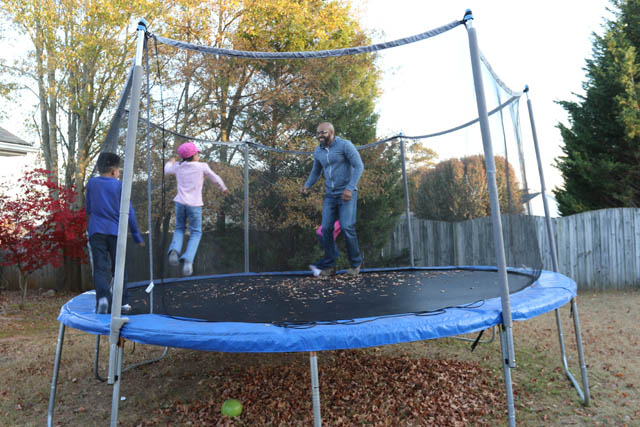 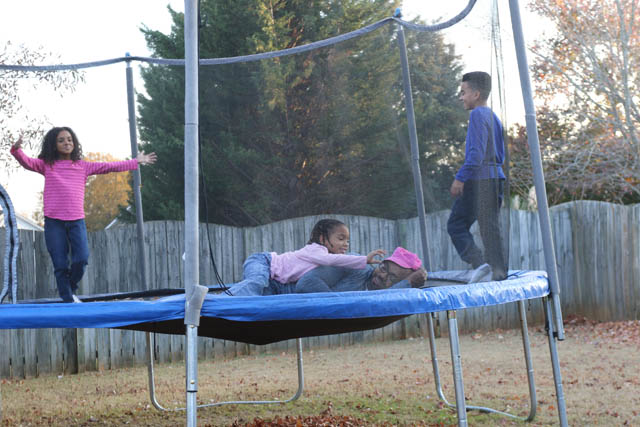 Posted by avidphotog at 4:20 PM No comments:

One day, we'll take a couples-only vacation that doesn't revolve around a business trip of mine.... but that day is not today. And given that this trip "required" that we stay at the Ritz Carlton and that Venesa venture out to find a place to eat for every meal, I don't think I'm getting any objections on this one. 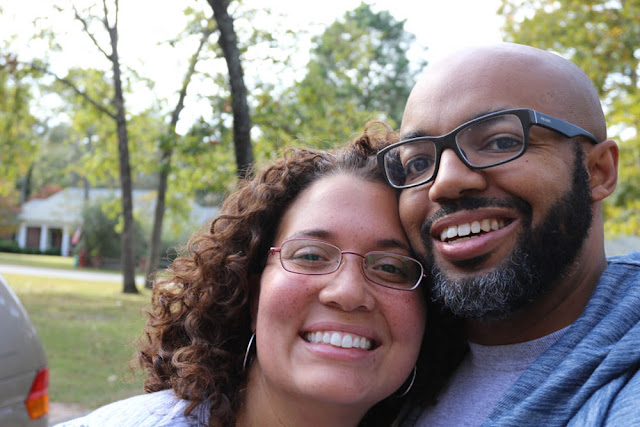 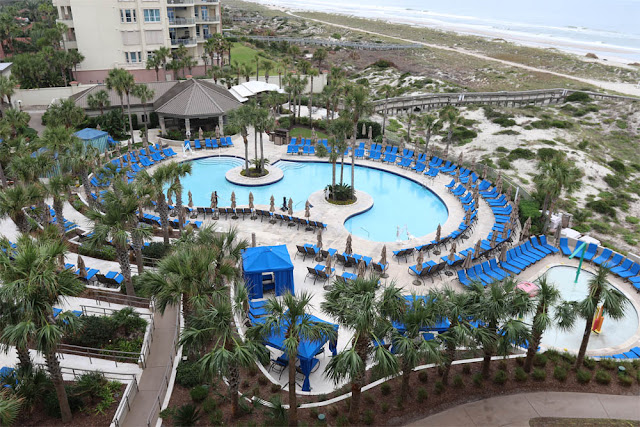 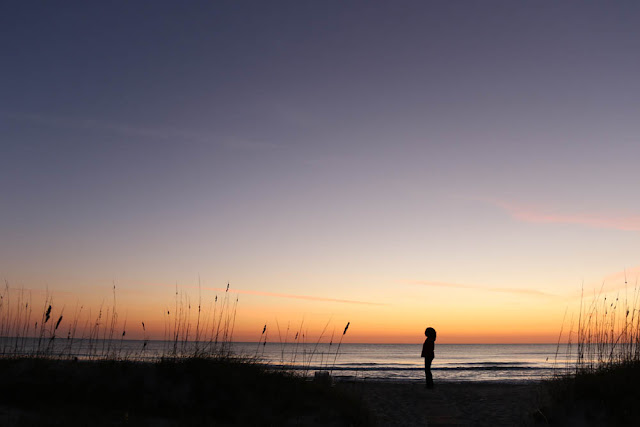 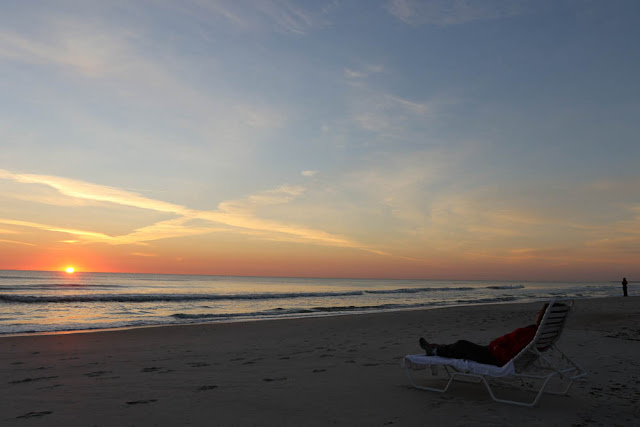 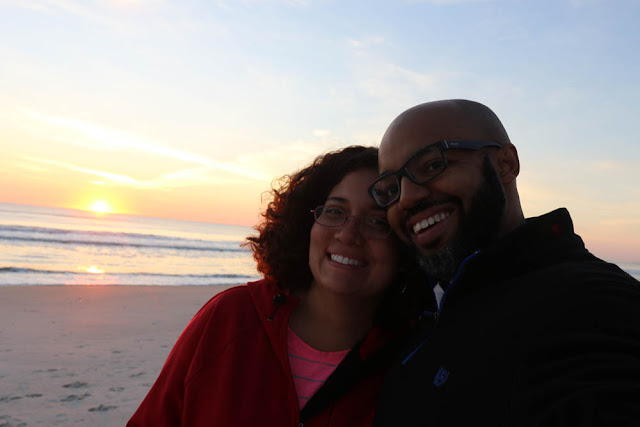 Posted by avidphotog at 5:58 PM No comments:

One nice thing about not celebrating Halloween is that our kids never need a reason to put on a costume. Imagination is in full swing year-round at our house, which means that on any given day there's a decent probably that I'll be greeted at the door by Spider-man, Woody, a waitress, ninja, or some completely odd combination of these or other characters. I love their imagination, and so every year I put it on my to-do list to go to Wal-mart after Halloween to score a few more costumes on clearance... and every year I forget to do it. The window of opportunity is small. I think Wal-mart waits a day or two before they mark the costumes down. Then, it's only a handful of days before those clearance racks are either pilfered to a point of uselessness (ripped parts, missing components, etc.) or boxed-up and sent off to make room for Christmas stuff.

Well, for a change, I caught the window... woo hoo! score! 75% off and only partially pilfered. Thus, we've expanded our custom bin to include the Hulk, a ninja turtle, a golden power ranger.... and Justin's choice... a banana (nope... we still don't understand the mind of our fabulous boy... but we've learned to just go with it. If it's a banana outfit he wants... it's a banana he gets). 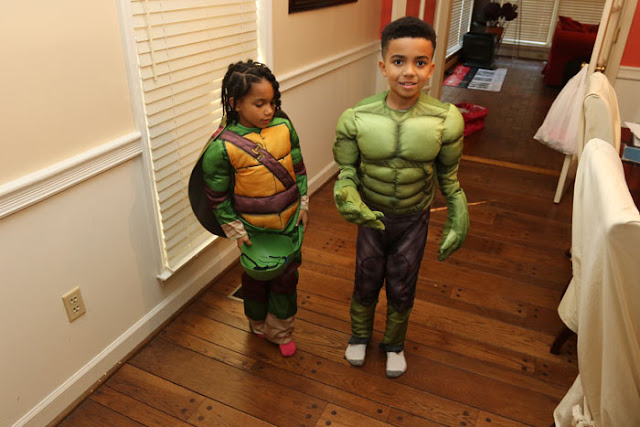 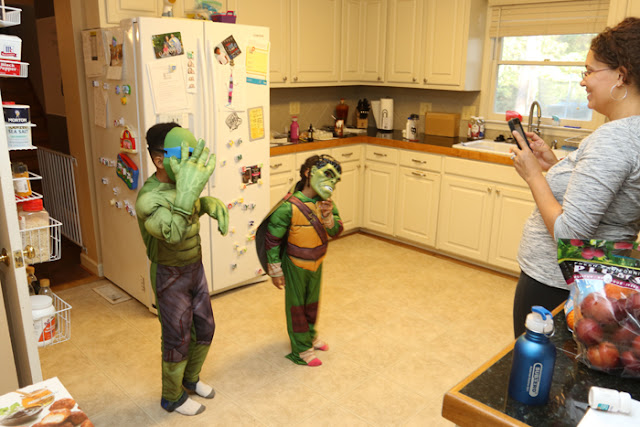 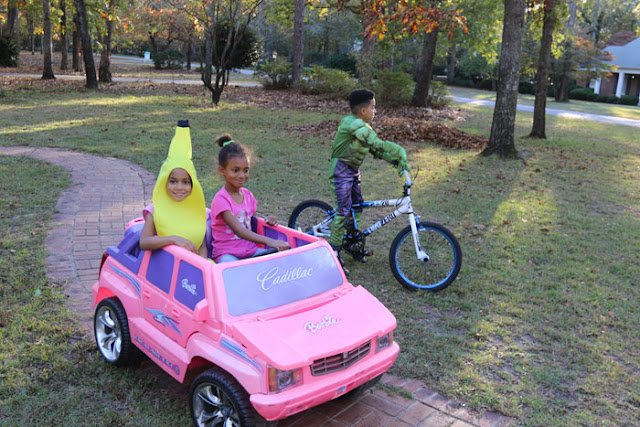 Jasmine is out of character in the photo because her Power Ranger costume was missing some parts and we intended to take it back... But of course, I'm a pushover dad... and so, unbeknownst to her, I've already found the missing parts and plan to order them from Amazon. So she'll be in down with the super hero / banana posse before she knows it. It'll cut into my wonderful discount but hey... a pushover dad has gotta do what he's gotta do.  Besides, it won't be long before they find no joy in the simple pleasures that a $4 discount rack costume can bring. So for now, like I mentioned just a few posts ago... we've gotta milk these cheap childhood thrills for all they're worth.

Posted by avidphotog at 9:43 PM No comments:

When I think of most parts of American history... particularly some of the major events we study in school like the Civil War and the Revolutionary War... my first thought is always, "not a good time for black folks." From that perspective, those are not eras that you'll see me getting in line to recount or relive. So, when Venesa mentioned the prospect of going to a reenactment as part of our homeschool experience, I was (let's say) less than enthusiastic. But it was school, and so I was down to do for the sake of education.  And we did it... and a funny thing happened: I actually enjoyed it (oh snap!).

Sometimes it only takes one person to make or break an experience, and with this one we got lucky. We ran into a reenactment actor that simply took the time. He chatted with us, took us around, explained things at the appropriate level, brought the experience to life for the kids with a dress-up and gun-toting opportunity... and most of all, greeted us warmly and took an interest in our education and experience. I guess I'll never know if our interaction with him was serendipitous or par for the course (e.g., perhaps they're all trained and willing to make themselves that available)... but I can say with certainty that it made all the difference in the world for us. Combining the trip with time with friends (another home school family) didn't hurt either. It gave the kids the companionship and occasional distraction they needed to stay engaged. In all, it was a good time. I don't exactly feel the need to go to another reenactment anytime soon... but I'm glad we went. Good job, mommy. 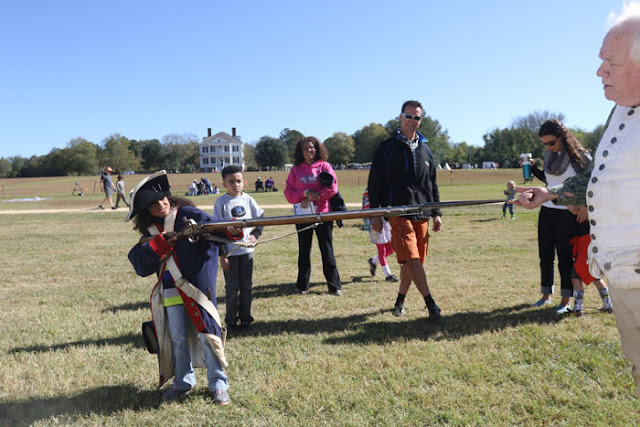 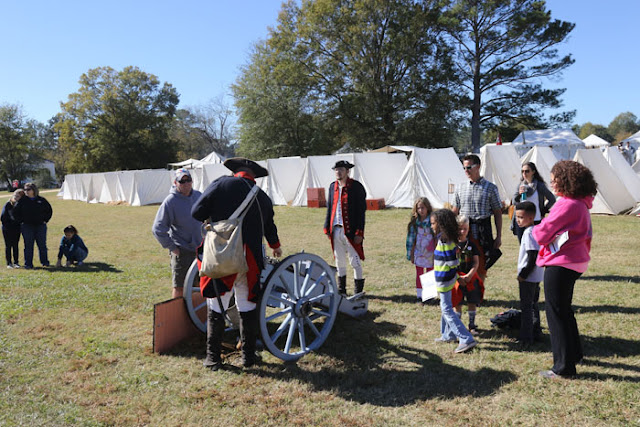 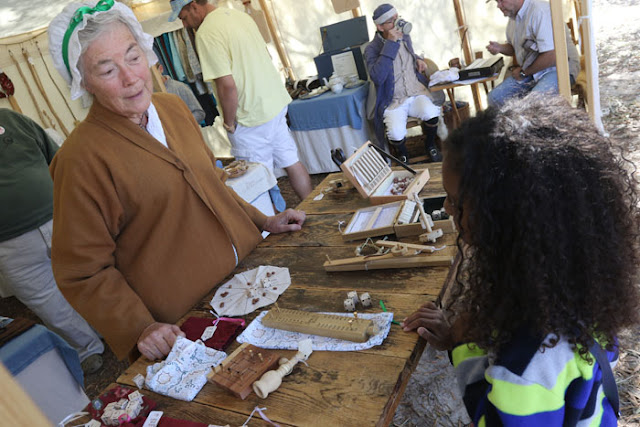 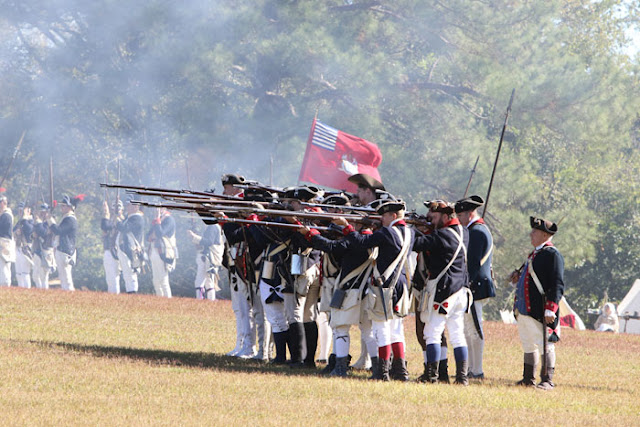 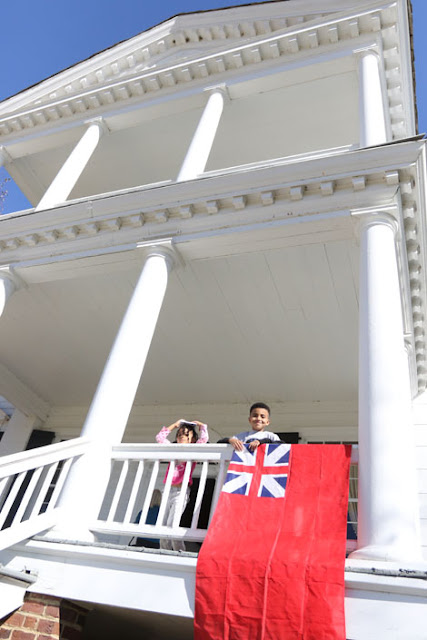 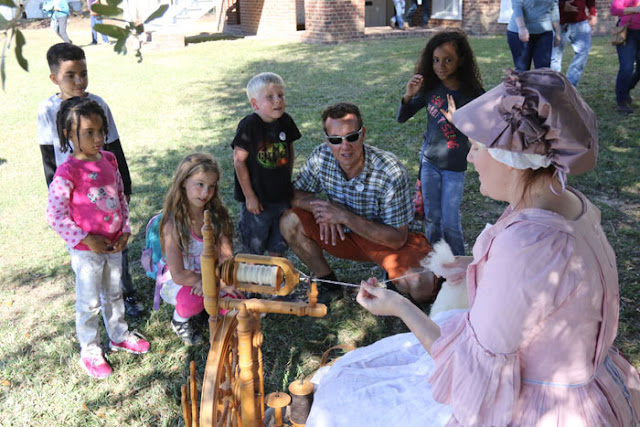 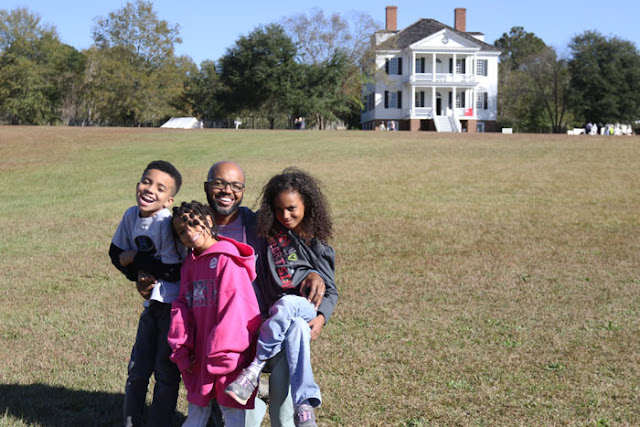 Posted by avidphotog at 11:10 PM No comments: