The words you'll hear at least once a week around our house these days: You cannot play with Tasha for one full day! (and most recently, for a full and unprecedented 3 days). The fact that this has become our best 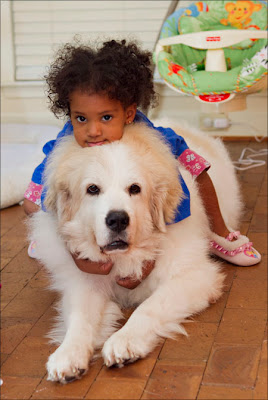 punishment for Jasmine Olivia pretty much says it all. It really does tell the whole story of a love-hate relationship between a girl and her dog. To say that Jasmine can be overly rough with Tasha is to say that water can be a bit wet to the touch. But that understatement is countered by the fact that no one pays Tasha as much attention as Jasmine. And so, Tasha has inevitably learned to take the good with the bad: Agreeing not to eat our second born for neither breakfast, lunch, nor dinner; in exchange for the pounds of love that Jasmine showers her with during the other 1/2 of the day. And just to be sure that Tasha is able to stick to her end of the deal, we'll continue to keep Jasmine on the occasional "Tasha timeout" in order to keep the peace, and also continue to keep Tasha otherwise well fed. 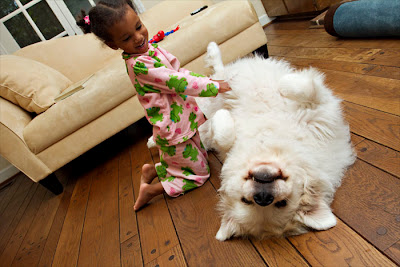 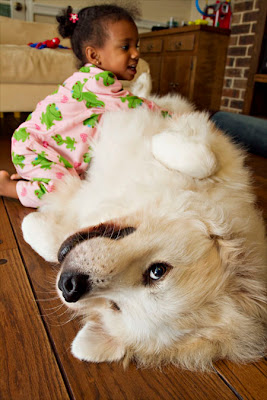 Naomi Janelle's 2-month checkup was just a few days after she actually turned 2-months, and so I was not stocked with the baby stats in time for her previous blog entry. But without further ado, here's the tale of the tape. She weighed in a 10 lbs 7 oz (23rd percentile), stretched out at 21.5 inches. and ranked in the 63rd percentile for head circumference. In more practical terms, she's growing well and also sleeping well (yeah baby... keep hitting those 7-hour stretches) and definitely staying awake for longer stretches during the day. The discomfort and bowel issues that I hinted at during her last blog entry have subsided for the most part; and she has therefore continued to maintain her title as easy breezy baby number 3. 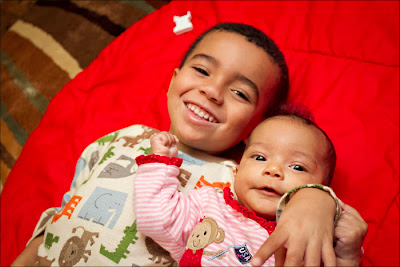 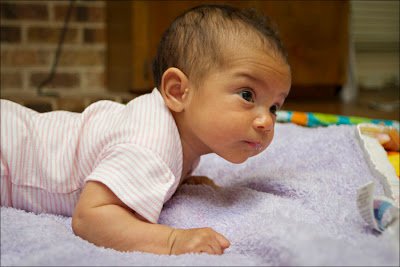 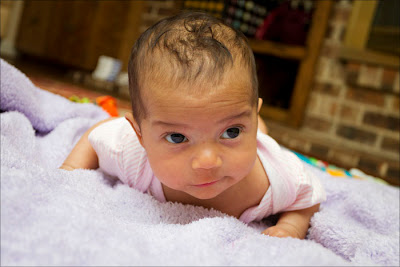 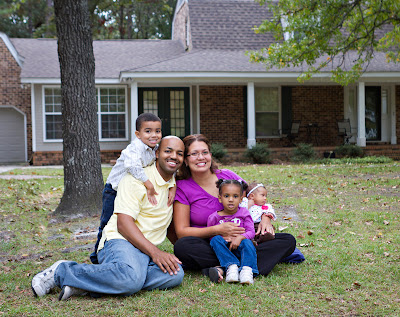 God willing, I think we'll be here for a while.
Posted by avidphotog at 9:58 PM 2 comments: 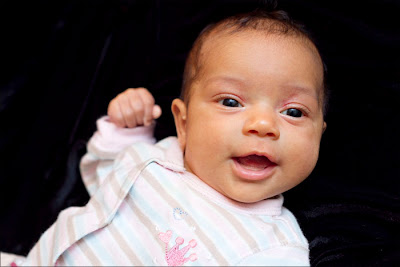 2-month Milestones
Inspired by my previous entry about being a delinquent dad, I did peek at the BabyCenter milestones today and Naomi Janelle seems to be trekking along quite nicely. She's been lifting her head since pretty early on, and now is just beginning to light up our world with voluntary smiles and plenty of cooing and conversation. 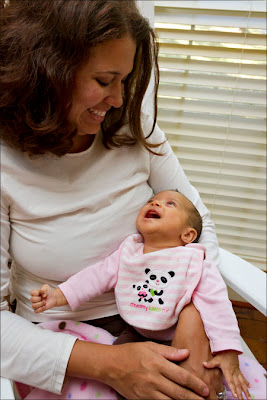 Venesa and I had a debate this afternoon as to if Naomi was supposed to be rolling over yet. Unfortunately, her tummy time has been stifled by the potential of being trampled by two irreverent siblings and a big white dog; in addition to what mommy suspects to be either reflux and / or stomach discomfort. But funny enough, about an hour after that conversation, bam, Naomi rolled over. Now granted, this particular rollover was induced by an extended pre-nap top-of-the-lungs limbs-flailing cry session. And so what daddy calls a milestone, I'm sure mommy calls a fluke. But I'm thinking, hey, why can't it be both? In any event, it will probably be a while before she does it again... but the timing was humorous, nonetheless.

As for other notables, the bathroom scale has her at 10 lbs even. In the blink of an eye, her sleep patterns have gone from predictable to all over the map; and her bowel movements are reminiscent of what we went through with Jasmine Olivia during her first few months of life. We're both hoping that it's just a transition period and not the signs of insanity to come. But like always, only time will tell.
Posted by avidphotog at 5:03 AM No comments:

Confessions of a Third-Time Daddy
Okay, so... Naomi turned 2-months-old yesterday... and we have no clue what she is supposed to be doing. I promise you, the gulf between being a first-time parent and having baby number three could not be wider. BabyCenter.com? What is that? Milestones? Huh? Dude, we're just trying to get through the day. Four years ago, I could tell you exactly which Sesame Street character was on Justin's diaper on any given day, plus the day before and two days before that. Now? I can't even tell you what size diaper Naomi is wearing as I type this; much less the brand. And so as I 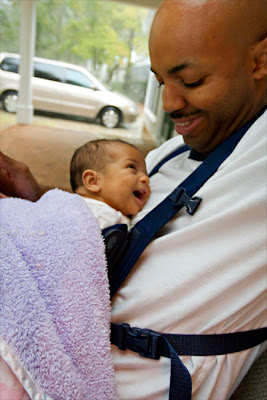 look at the impossibility of providing Naomi with all the wonderful things that Justin got as the first born (e.g., a fully edited video of the first time he did just about ANYTHING) I simply have to come to grips with the fact that this is what our lives have become: FULL TO THE BRIM. Or should I say overfloweth (can I get an amen?). At this point, life is definitely happening faster than I can write about it. And it's most certainly happening faster than I can make a video clip about it (I'm not even sure if I remember how to use iMovie anymore).
As for the inequities amongst our kids... You know, I can't say that I regret that Justin has more baby videos than Netflix, while the two girls basically just have tee-shirts that say, "I'm just happy to be here." Instead, I relish in the fact that we were at least able to capture what little we did. As I watched some of these videos today, I guess I saw them as representing not just Justin himself; but the whole process of our becoming parents... and from there, a family of 5. And in truth, the absence of similar videos for kiddy2 and kiddy3 (see, they don't even have names anymore) is probably the most accurate documentation of what our lives became once we got past one child. Call it proof of love by omission. Or "the inverse blog". I don't know if Jasmine or Naomi are gonna buy that theory once they're old enough to ask about the "missing files"... but as Vinny from Lawng Island says, "Hey... it is what it is."
Posted by avidphotog at 12:19 AM 1 comment:

"See our snowy-white fields of cotton, visit a pumpkin patch, mini-corn maze, fall plant and bake sale, historic seed company exhibit, antique tractor show and enjoy free hot dogs, spinning demonstration, and entertainment."
Well... we fell for it. And so there we were: 5 Negros picking cotton in the "snowy-white fields" of South Carolina. And now I'm left to wonder: Did I give my children worthwhile educational experience... or did I just set my peoples back 200 years? SMH ... Welcome to Hartsville. I'z be happy to be here. 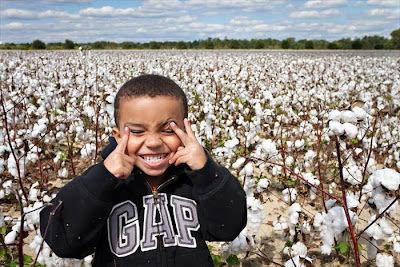 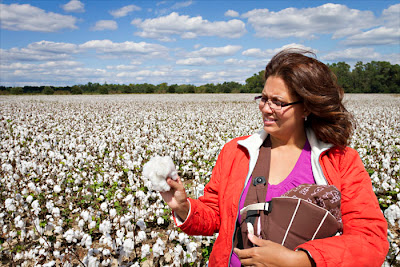 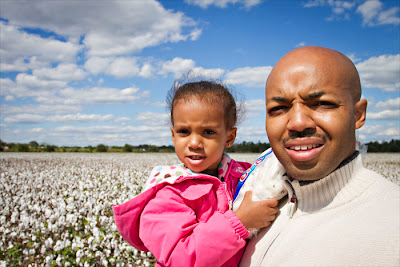 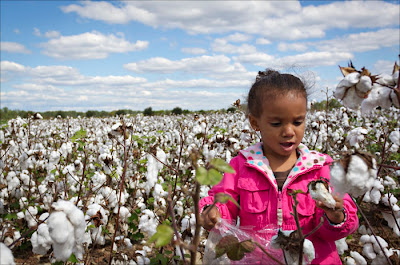 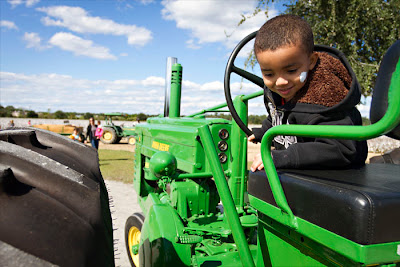 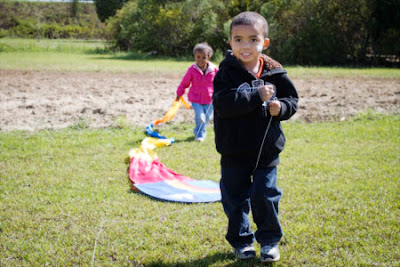 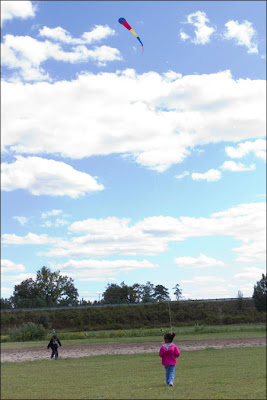 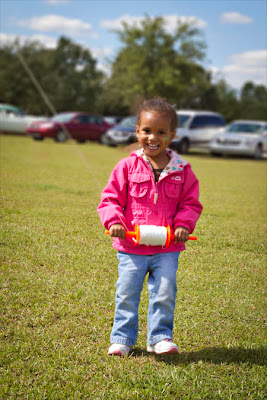 Oh, by the way... For what it's worth, Jasmine would've been the best cotton picker on the planet. She got so into it, it was ridiculous (truth be told, she got a little too into it, and made daddy a little uncomfortable). Her work ethic knows no bounds. Her brother on the other hand, would've been the 1st passenger on the underground railroad. Lazy runaway wouldn't pick a lick of cotton. Should've sold him down the river.
Posted by avidphotog at 9:33 PM 1 comment: 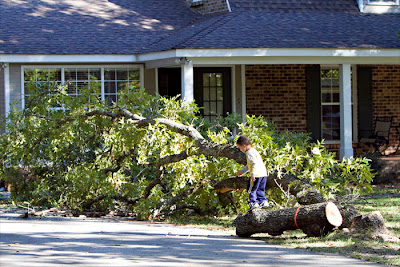 You wanna see a grown man turn into a 12-year-old boy in 4 seconds flat? Hand him a power tool and get out of the way. Granted, I've done my fair share of home projects (my favorites being the fence installation, shelving project, garage paint job, and the deck project)... but it never occurred to me until now that they've all been constructive in nature. Until now, I didn't know what I was missing. Construction is officially overrated. One bathtub enclosure and 7 or 8 trees later, I can boldly say that all the fun (every ounce of it) is in destruction and mayhem.

There's just something about demolition that is just totally awesome. Who needs a camera for Christmas or a new printer for their birthday? Not me. My list has officially been updated to include a sledge hammer and a stick of dynamite.

Kaboom. Run for your lives. 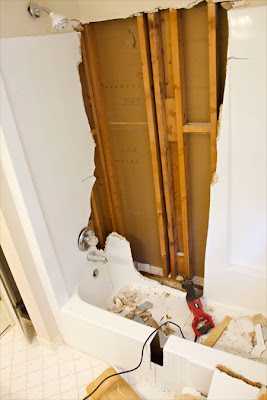 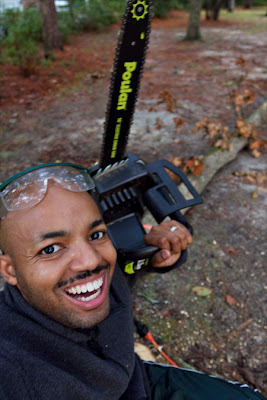 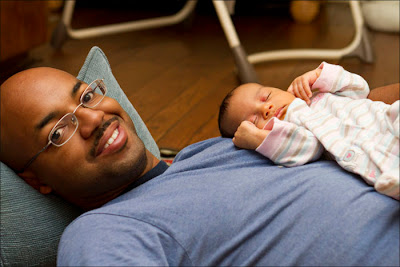 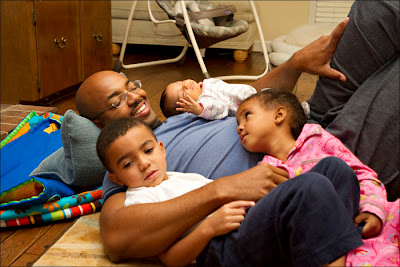 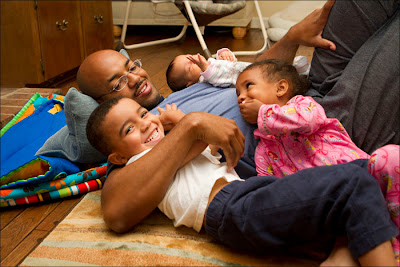