Mommy is in the midst of a 2-week Math Institute; schooling Virginia teachers on how to better teach geometry (welcome back to the classroom, mommy)... and the rest of the posse couldn't pass up the opportunity to visit her at work and run through the halls. Who would've thought that lockers could be so much fun. I think this is my new favorite picture for the year. 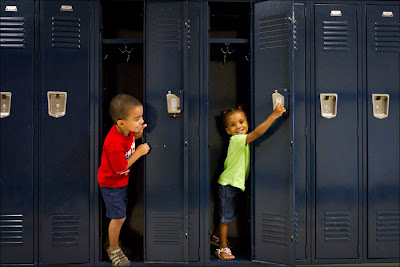 Posted by avidphotog at 7:19 PM No comments: 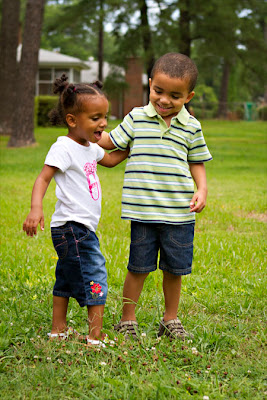 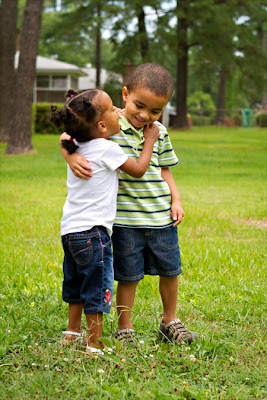 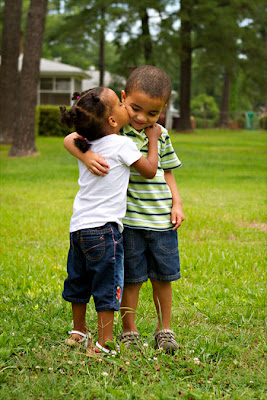 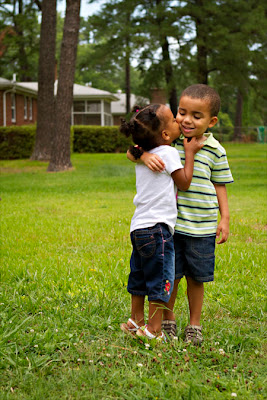 Happy birthday to the greatest big brother ever. He's not due for his 4-year-old checkup for another 2 weeks, but here is his unofficial stat line: 30 lbs & 38.5 inches tall.
Posted by avidphotog at 2:45 PM No comments:

A few shots from our Aquarium trip 3 weeks ago. These are from the 18 seconds that they pretended to be interested in the animals. The other 2 hours consisted of running, jumping, and pushing buttons (exhibit buttons and daddy's, too). 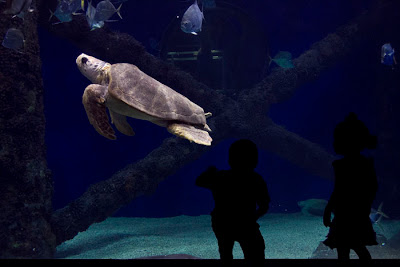 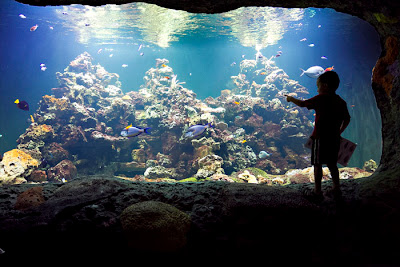 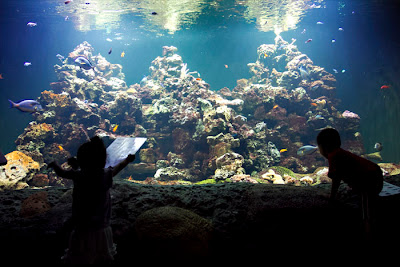 Posted by avidphotog at 7:31 AM No comments:

Drama in the 'burbs

Just a reminder that crime knows no boundaries. We moved from "the hood" to the burbs... and crime nonetheless has found our doorstep. We woke up this morning around 6 am to a panicked neighbor ringing our doorbell multiple times. I was more annoyed than anything else, but V knew right away that it wasn't good news. I'm not sure if I can really say that our car was broken into since nothing was broken nor stolen, but the insides were certainly ransacked in an attempt to find something. To make sure that a slam didn't wake anyone up during the (attempted) burglary, the car doors were left wide open on each side, leaving our Civic looking like it was about to take off for flight. At least 3 other neighbors woke up to the same thing.

Feeling violated stinks to high heaven. But we definitely dodged the bullet on this one. Of all nights, we also left the garage door up overnight, with plenty of goodies to choose from in there. We had nothing of value in the cabin of the car... but I did have over $3000 in camera equipment in the trunk, as well as Justin's birthday gifts, and a very large box of baby wipes. My second camera, which would have been another $3K grab, was just 2 feet from the garage door. As luck would have it, the thieves neither entered the garage nor popped the trunk. And so, I thankfully only have to imagine how disastrous the ending could have been. All of our baby wipes gone. That would've been devastating. [rimshot]
Posted by avidphotog at 7:56 AM 1 comment:

Virginia has been good to me. It has given me a wife, three kids, 7+ years of gainful employment, and some of my most wonderful moments and memories. However, this fall I'll be "taking my talents to" South Beach South Carolina. Yep. We're moving two states south! Yesterday I signed my letter of resignation at the University, and on July 18 I will officially be a state employee of South Carolina. May this be the precipice of greatness and abounding happiness for myself and my family.
Thank you, Virginia, for seven incredible years. And a big thanks to everyone who has loved, encouraged and supported us during our Hampton Roads rendezvous. We love you and we'll miss you. So long, my friend. 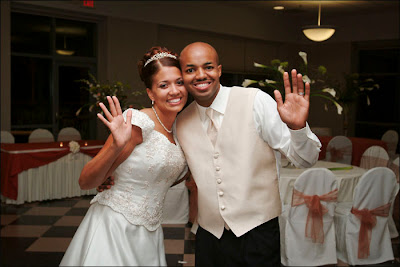 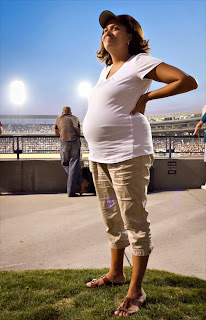 Although I wish I could say that I am without any discomforts, I am happy to say that I'm feeling pretty good overall. The last couple of weeks have probably been the best days of the pregnancy so far.

I only have 2 or 3 days per week where something that I eat will leave me feeling a little queazy/nauseous, but most of the time it is mild and doesn't require medication. Migraines are down to around once a week (yippee!). My biggest complaint is that the baby weight is making it difficult to be as mobile as I want to be. Getting up and down from playing on the floor with the kids is a challenge, as is getting in and out of car, etc. In general, I am feel pretty achey, but I'll take achey over feeling nauseous around the clock any day. My energy level is pretty high - although not high enough to give me the motivation to get out the house on these recent 90+ degree days (LOL). Thank God that Daddy is around this summer to give the kids some outdoor activity on days that I can't stand the heat.

Daddy's Note: In truth this post was written 5 days ago @ 26 wks... which is probably a good thing since mommy is most definitely back on the nausea roller coaster. And judging from her grunts, strains, and the angle of wobble, getting around has seemingly gotten about 3 times tougher in just a week. So sorry, my love. Hang in there, mommy. Do you see that light at the end of the tunnel? It's your OB/GYN's headlamp! We're almost home.
Posted by Venesa at 1:48 AM No comments:

Last weekend, I had a wedding shoot in Charlottesville and ended up with 3 stowaways. Mommy and the clan came along for the ride and we turned my photo trip into a mini family getaway: Justin's 3rd trip to Shenandoah National Park, and Jasmine's first camping trip ever. Two days, one night, a couple of hikes, and a boatload of marshmallows burnt to the core (that would be Jasmine... Justin wouldn't eat a cooked marshmallow in a million years... evidently they look, "too dirty"). In all, we had a great time. Here are a few photos from the trip. Click here for a few more. 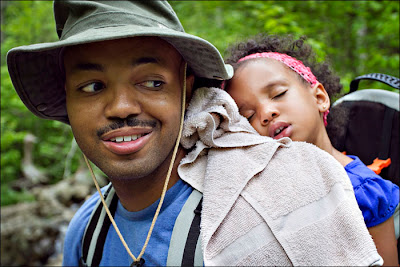 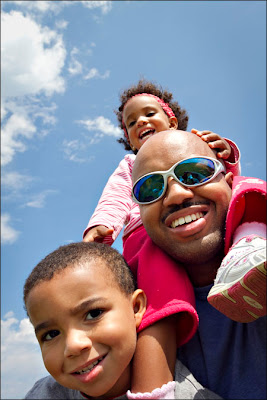 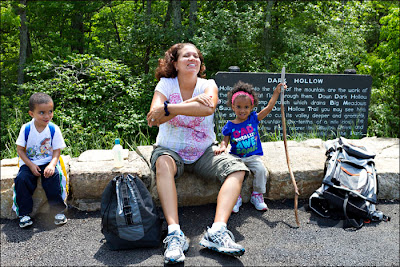 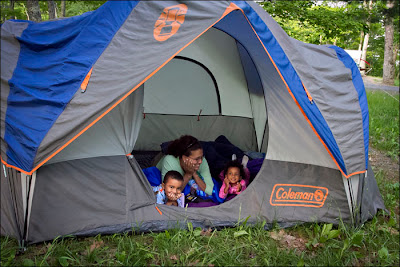 Posted by avidphotog at 12:07 AM No comments: