We celebrated Jasmine's birthday a few days early as a family, but ended up at a friend's house for a casual get-together on her actual birthday. With a cookie and a candle on hand, our gracious host pounced on the opportunity for a happy birthday chorale. It was cute... until it came time to figure out how 10 kids were gonna split one cookie. Jasmine's solution: we're not. 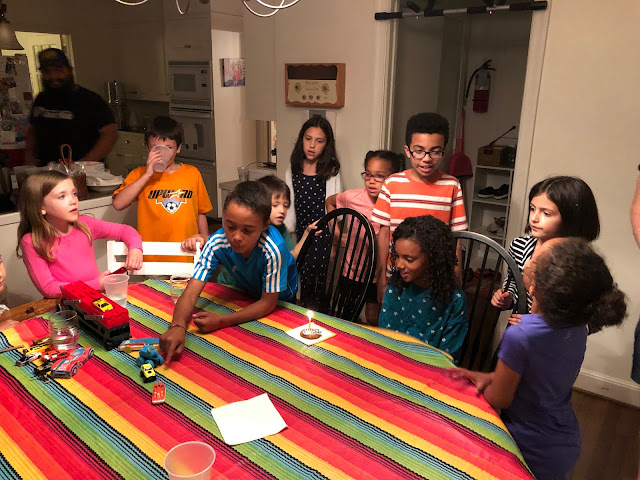 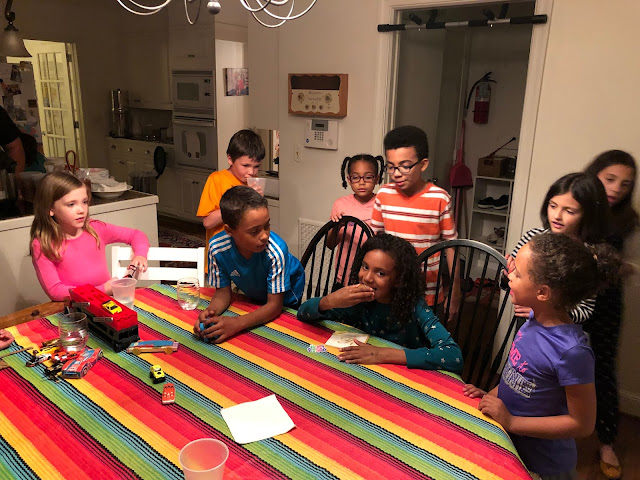 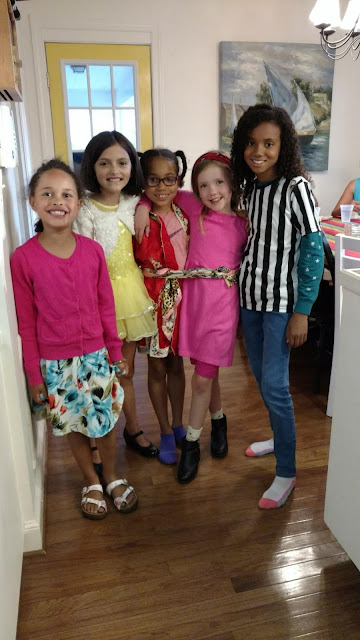 Posted by avidphotog at 10:59 PM No comments: 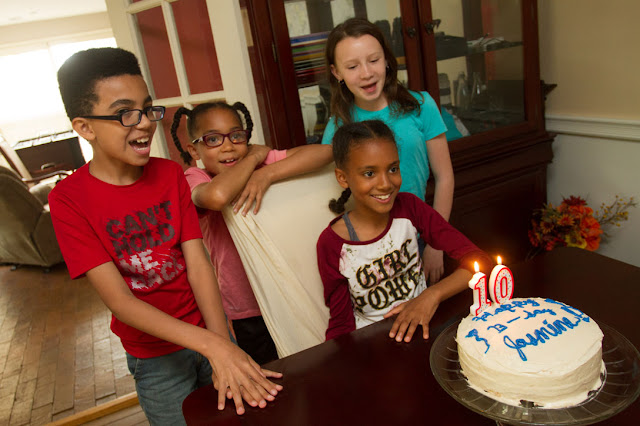 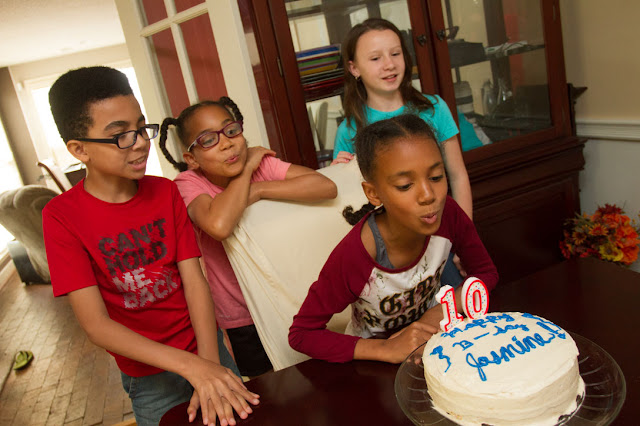 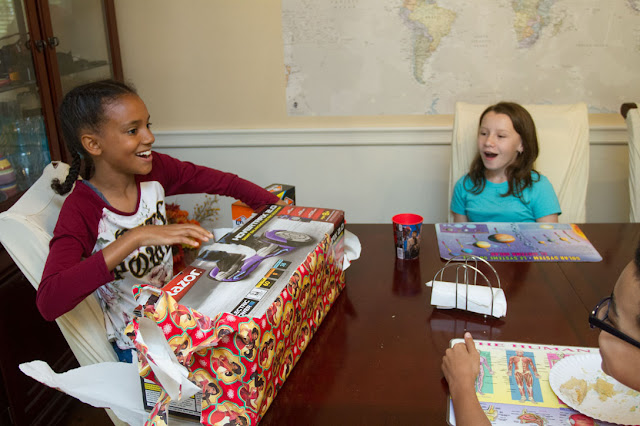 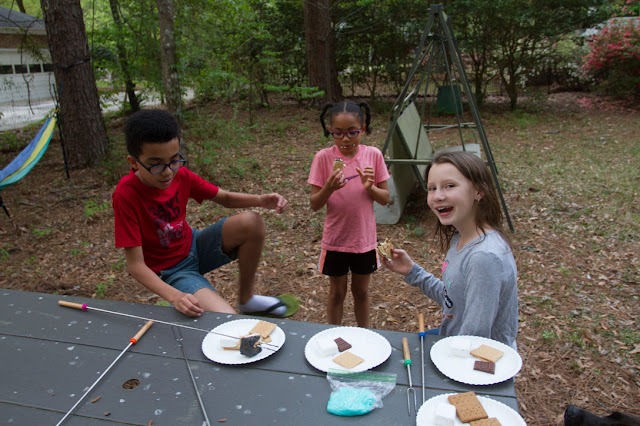 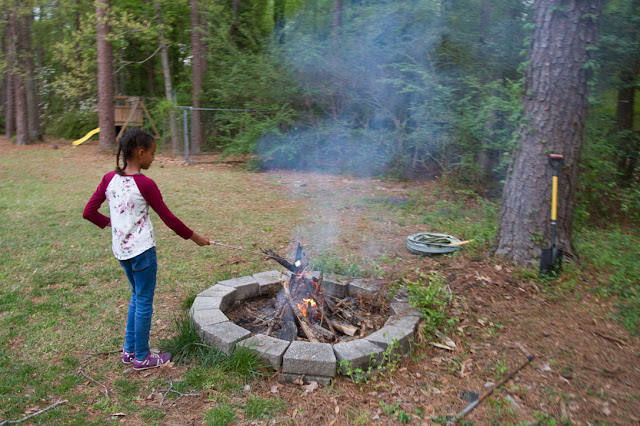 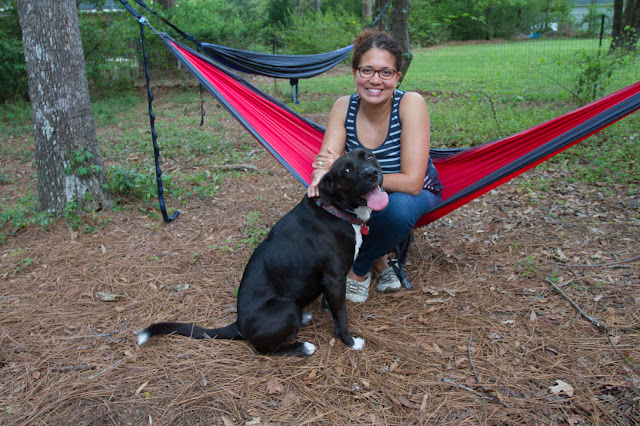 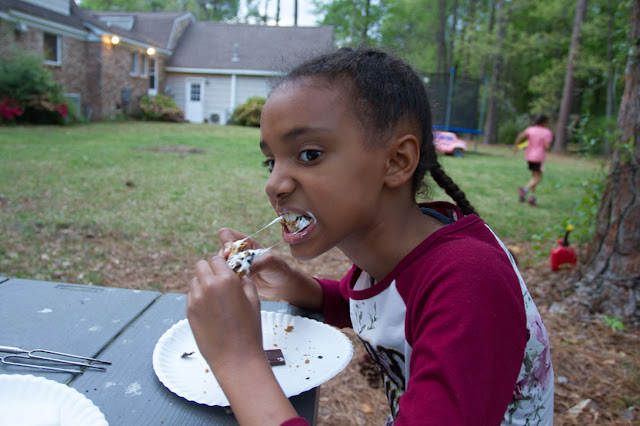 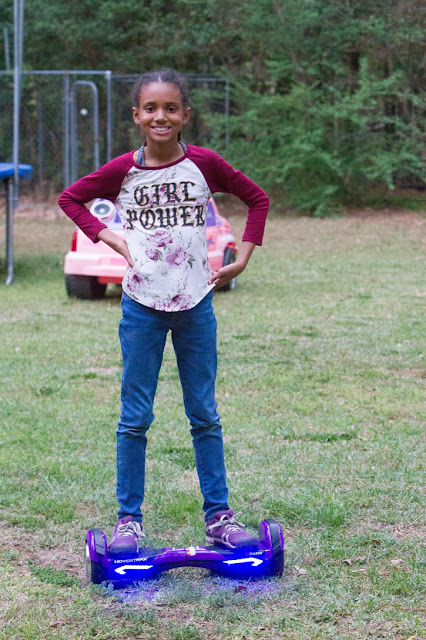 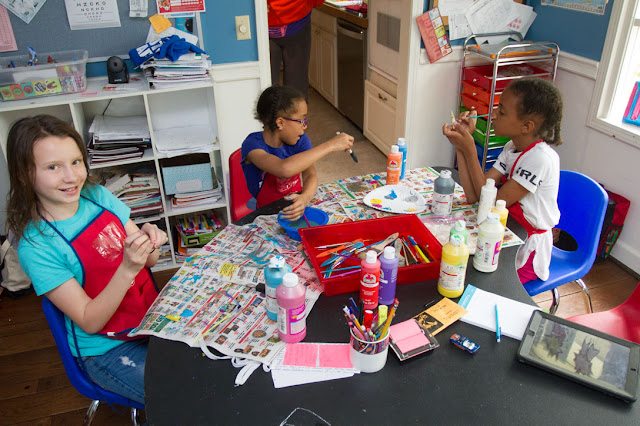 Posted by avidphotog at 1:30 PM No comments:

I mowed the back yard today for the first time in like a billion years (it was rough back there). Justin helped where we could and found a friend in the process. 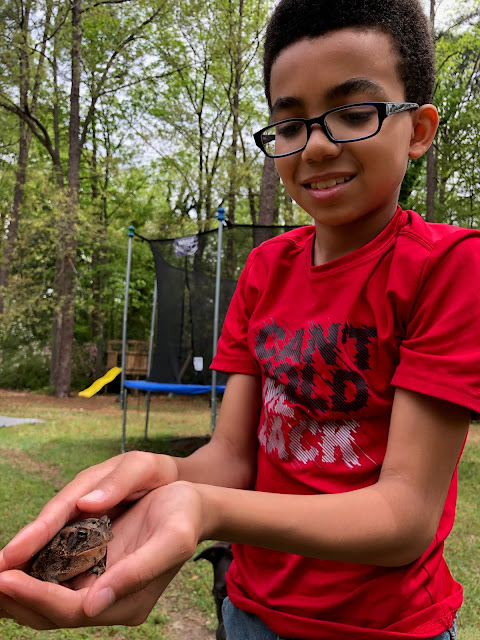 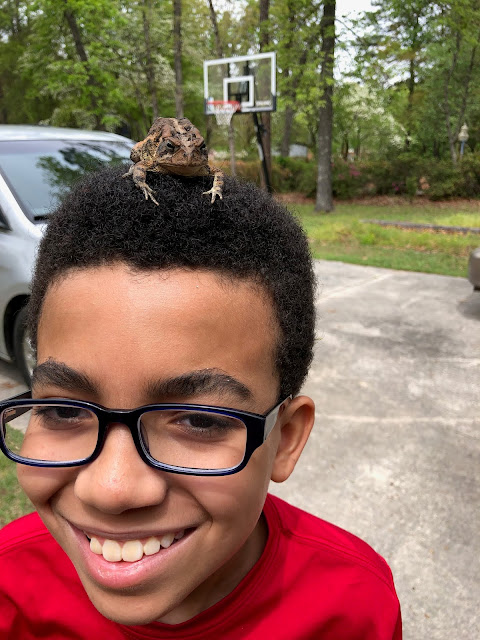 Posted by avidphotog at 11:12 PM No comments:

Yesterday, Jasmine and I continued our streak of 934 fishing trips without a single catch. At least it feels that way. I promise, we've gotta be the most unlucky fishermen ever. The only thing we caught the yesterday was a strong desire to come back earlier the next day and try again.

Unfortunately, our luck didn't change too much. I caught the world's smallest bream, and Jasmine got shutout again. But if we stayed any longer, I think the fish were gonna to start jumping out of the water and into Naomi's pockets. Apparently today was her day. First catch ever! Followed quickly by the second. And then the third. Awesome.

None of our catches were big enough to eat; but being her first catch, Naomi insisted that we keep them... and I honestly didn't know any better. Lucky for us, we take donations: A friend happened to be boat fishing on the same lake and came to shore to give us his catch. And that's about when the fun ended for me. I should've known our foodie wasn't going to be good with catch and release. And so all of a sudden I'm driving home with five live fish in the cooler, bracing for a YouTube marathon on how to kill and clean your catch. It was rough. When it was all said and done, I had two lessons learned:

First lesson: fresh fish is really... really tasty (big thanks to Venesa for taking care of the cooking part). From swimming to on the plate in about 20 minutes. It was awesome.

And second: While I'm proud to say that I ate my own kill for the first time ever (some sort of rite of passage?)... I can also officially say that I like my fish with plastic wrap and a price tag on them. That was a whole lot of work for what amounted to an appetizer. Either I'm never doing that again... or I've just gotta catch bigger fish with more meat on their bones.

Either way... congrats, Naomi! Fun day. And Jasmine... don't give up just yet! There's a monster of a catch out there with your name on it. Gluten free and all. 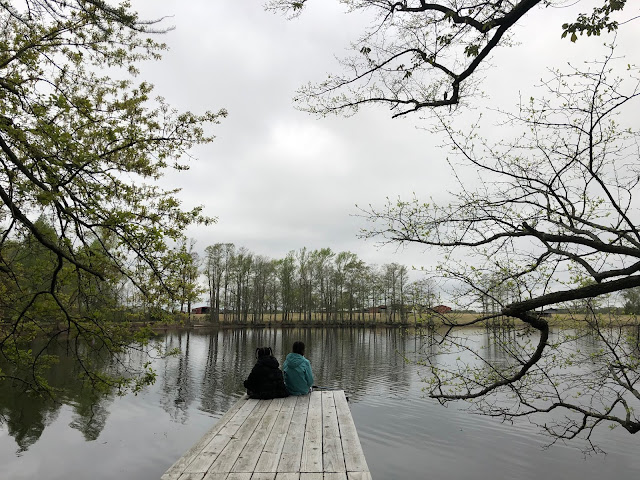 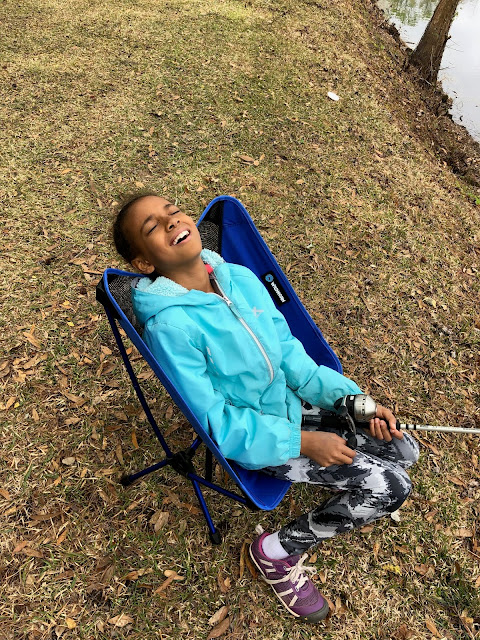 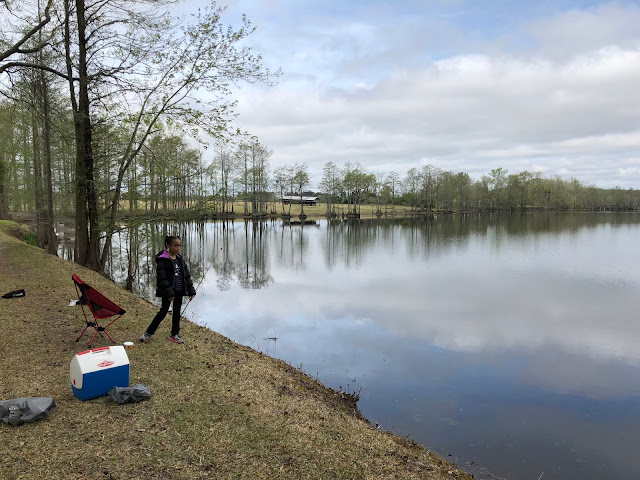 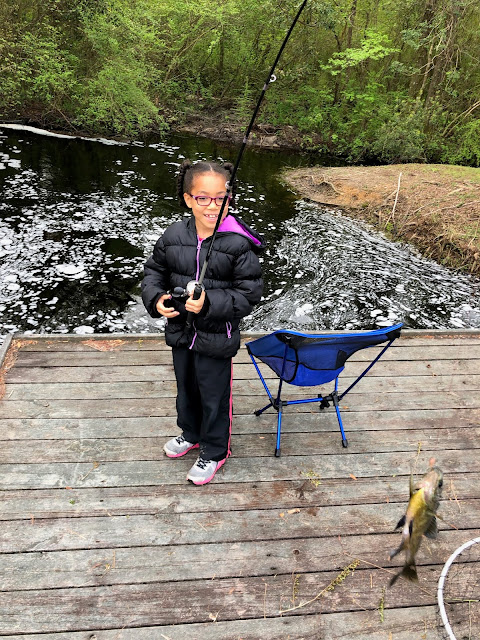 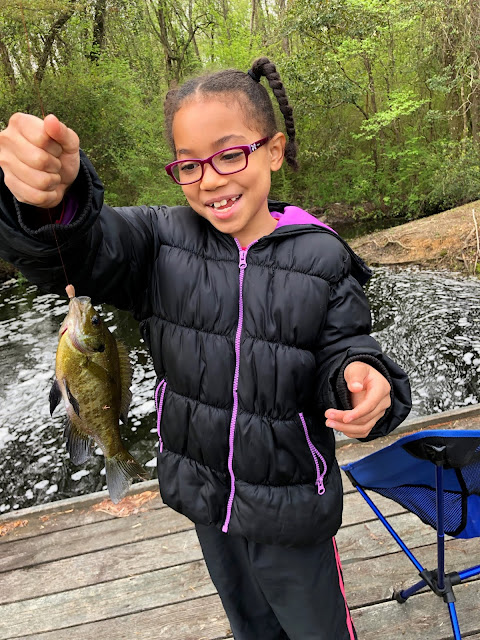 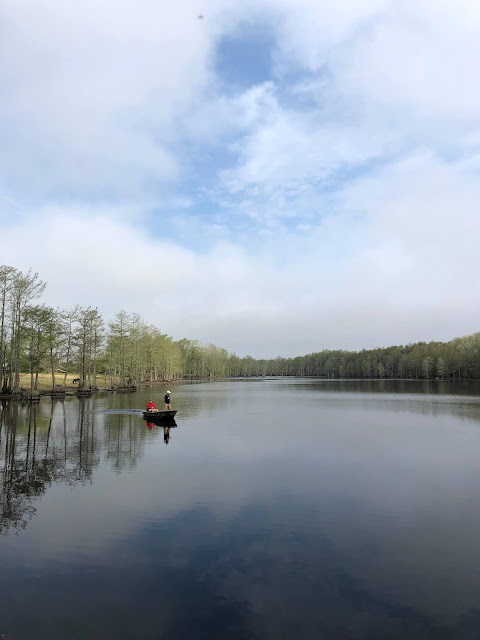 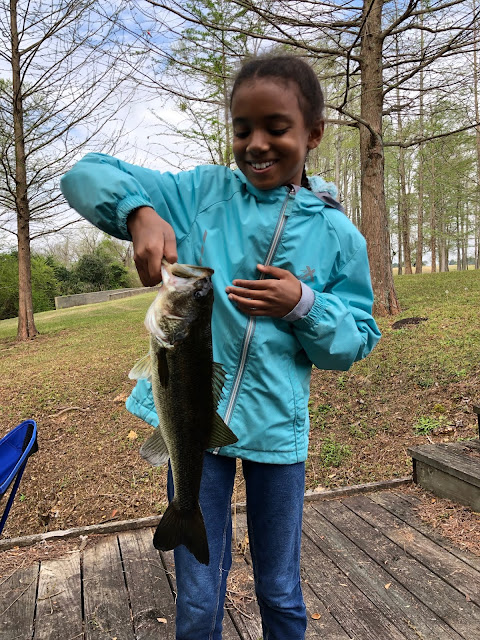 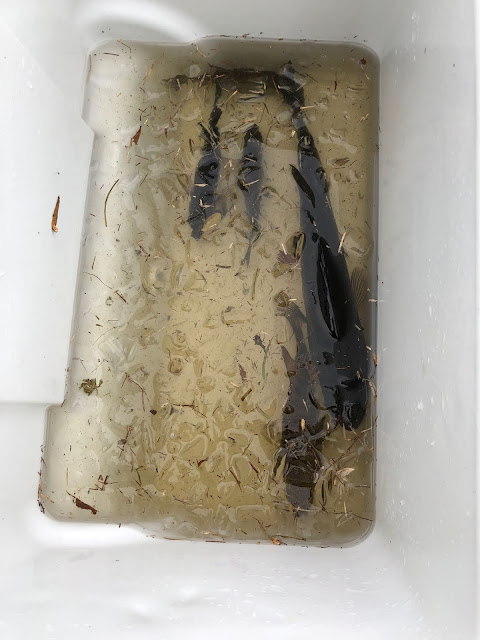 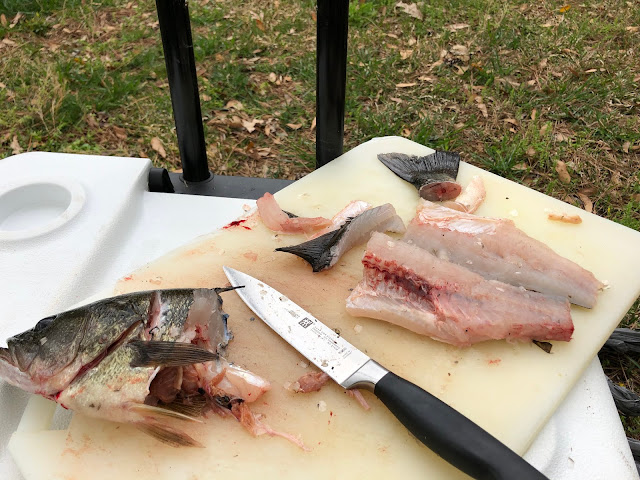 Posted by avidphotog at 11:24 PM No comments: