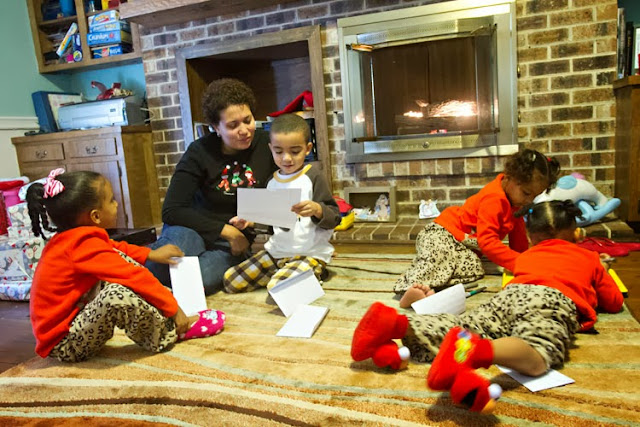 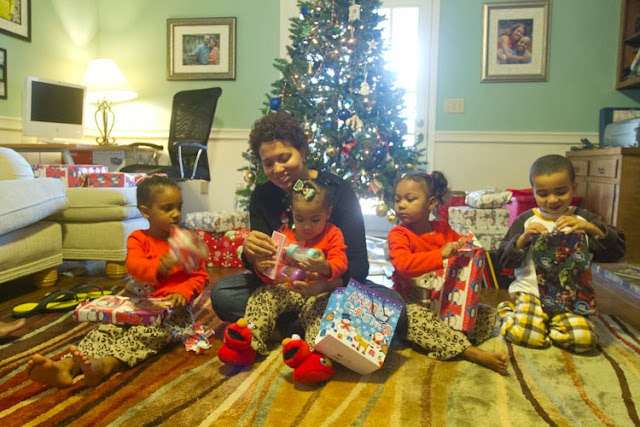 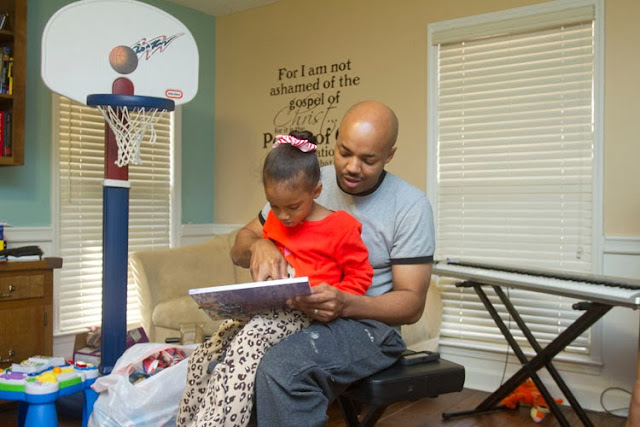 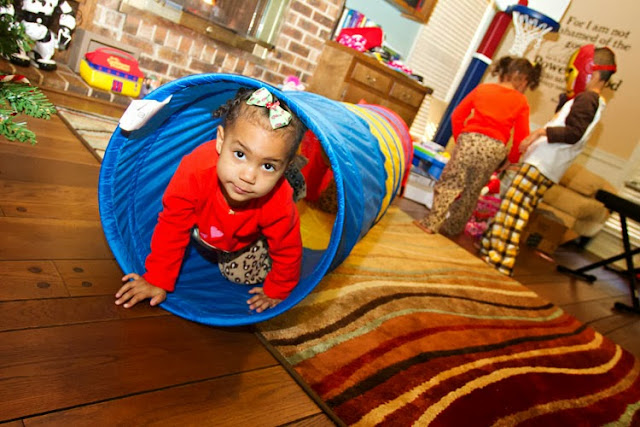 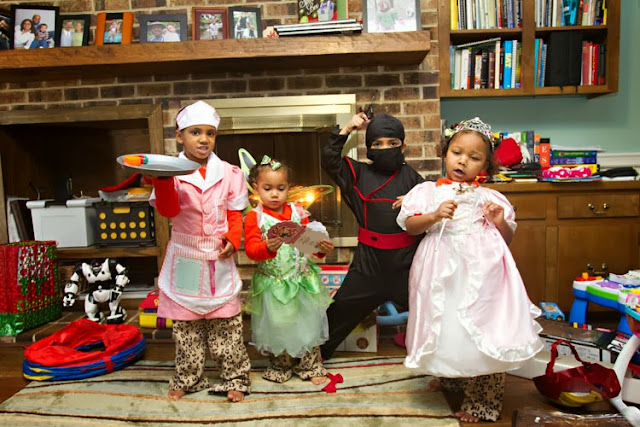 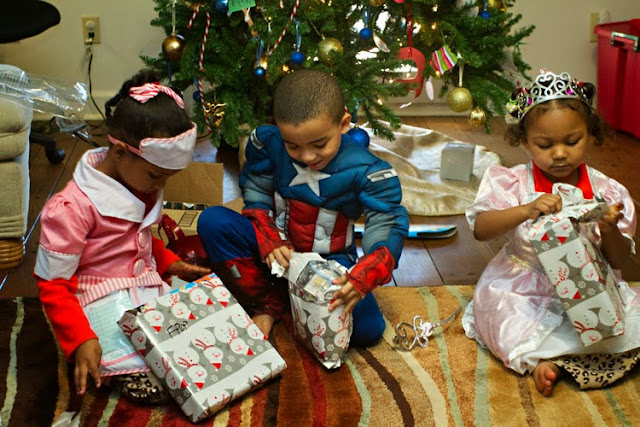 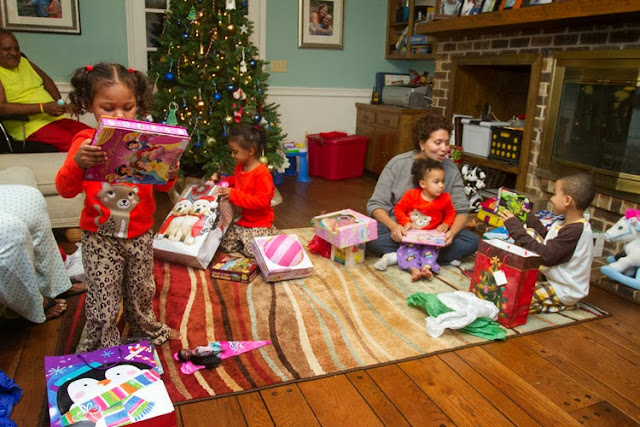 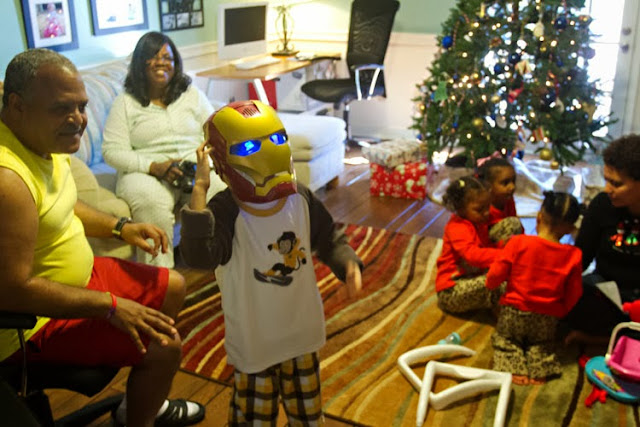 Posted by avidphotog at 1:10 AM No comments:

Justin was looking good for Christmas, complements of uncle Nick and Titi Cathy.  "Feel my face, daddy... I think it's time for another shave."  Either he's a really good actor, or he doesn't quite understand that at six years old he has zero reason to actually need a shave.  Either way, I'd say this pre-Christmas gift was a hit.  Pretend stubble or not, the next shave can't come soon enough. 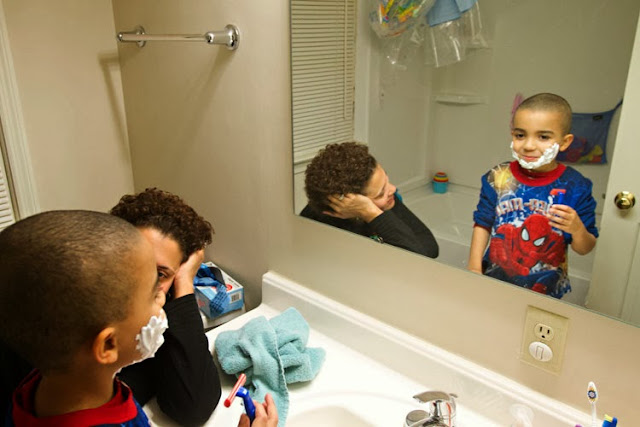 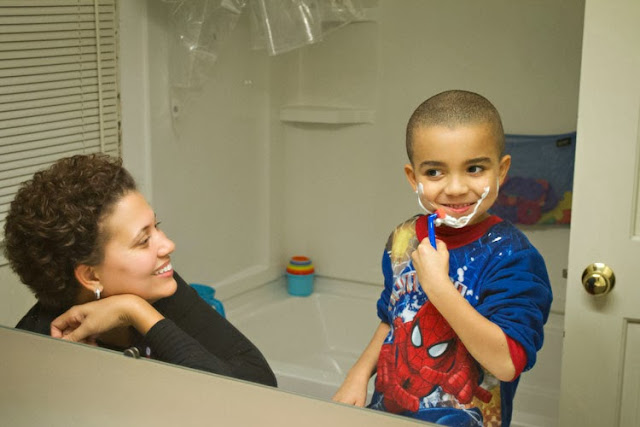 Posted by avidphotog at 2:13 PM No comments: 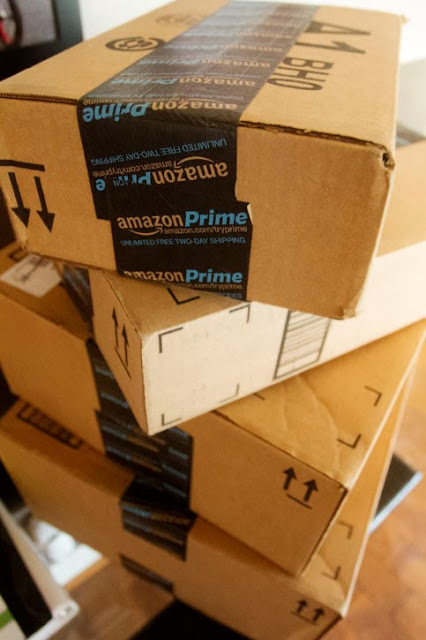 Christmas shopping simply looks a lot different these days.   It seems that long lines, chaotic traffic, rude shoppers and messy crowded stores can officially be left for the birds. If my tally is correct, every single gift under our tree this year arrived by waving the magic wand called amazon.com.

From a feeble online bookseller, to over 60 billion dollars in annual sales... And to think that (besides their various kindle eReaders) they don't actually manufacture anything.

What I would have given to come up with that website myself.
Posted by avidphotog at 7:20 AM No comments:

November rolled around and man, did we needed a vacation. Ok, so you've read the last dozen blog entries and I know what you're thinking: Vacation from what? Trip to New York, marshmallow roasts, pumpkin patches, laid-back homeschool environment, … every day sounds like a vacation to me!

But what you didn't read about was Naomi's regression in potty training, the timeout chair in the kitchen that seems to be occupied 24 hours a day, days when Jasmine cries every 10 minutes for no apparent reason, Justin loving school one day and making it a miserable experience for everyone the next,  4 children yelling "stop copying me!" (you copied me first!) every 20 minutes,  malfunctioning septic tank and a dug up backyard, meals where the last kid finishes 85 minutes after we started, arguments about who gets the bless the food, allergic reactions, discipline issues at the Y, sinus infections, 174 questions every 10 minutes of absolutely no importance, more toothpaste on the bathroom sink than in the tube, 3 girls to part and brush before every departure, and a perpetual stack of dishes and clothes to be washed every day of the week.  And that's just off the top of my head.

Another thing that Venesa pointed out just recently is that, when homeschooling with four small children, it's a constant battle to keep the house clean for any decent amount of time since the mess makers never leave! While you're cleaning up the west wing, they're destroying the east one.  It's enough to make you want to tape their mouths and tie them to a chair for a few hours just to get a little peace of mind.  But I looked it up... and that's illegal for whatever reason. So yes... it was time for a vacation of the pick-up-and-go variety, and it was just in time to catch the November special at Dunes Village Resort.  Indoor water park. Oceanside Queen Suite (after a free upgrade).  With less than two days notice, we booked a $360 room for under $100 per night, after taxes.   Nothing like a 70% discount to say, hey, we know it's cold outside but if you've got 4 kids under 7 that are driving you insane; then this is the place for you. 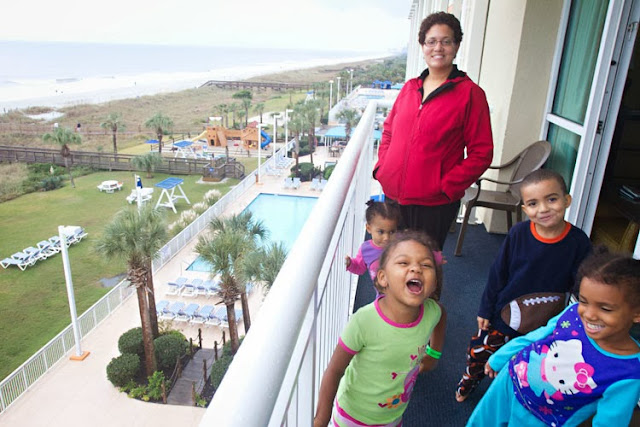 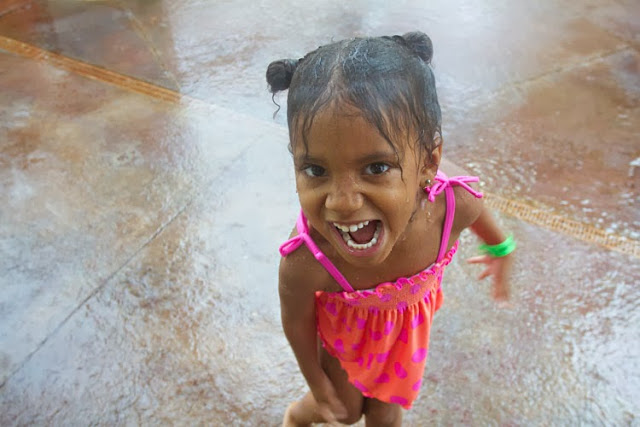 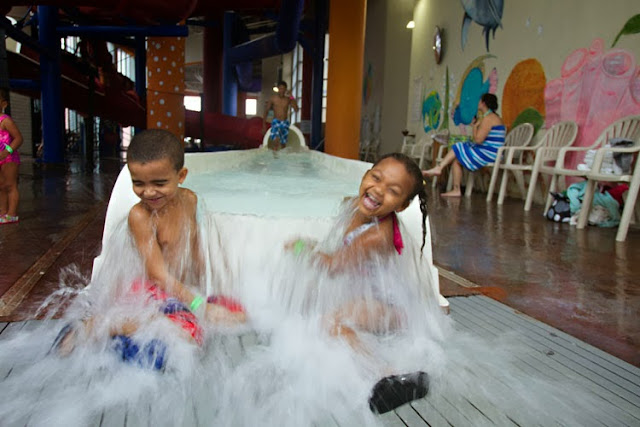 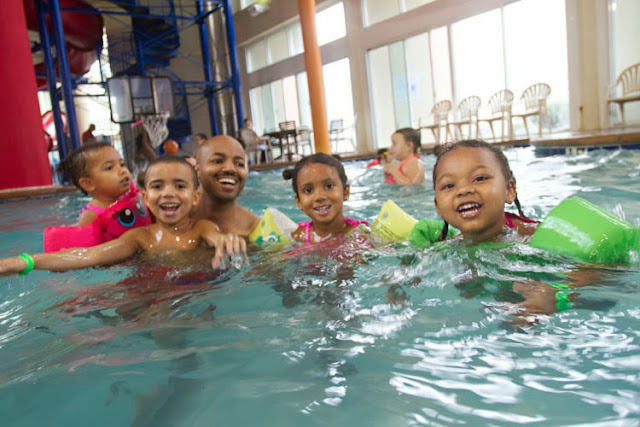 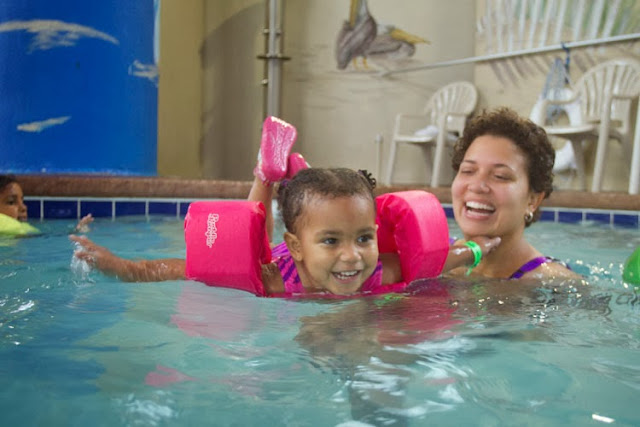 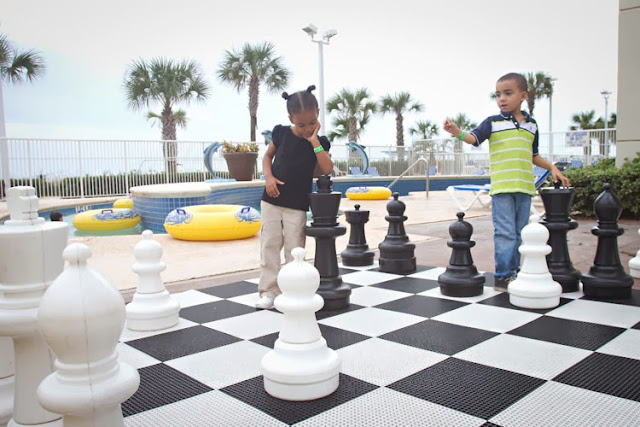 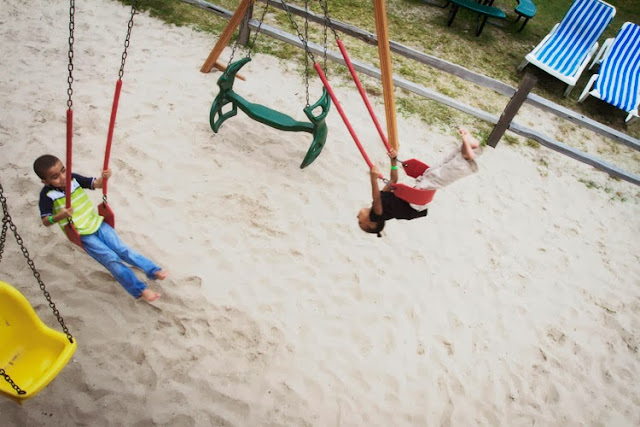 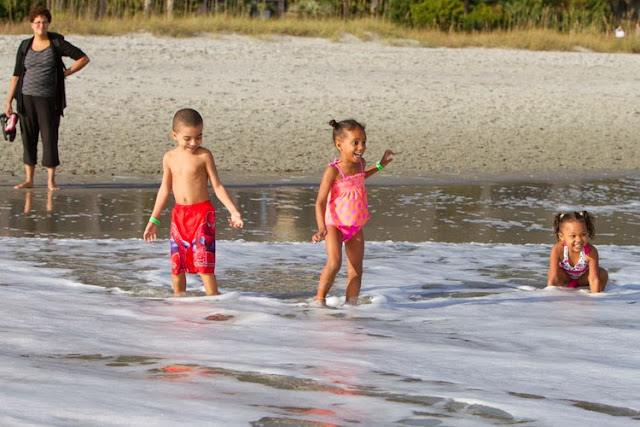 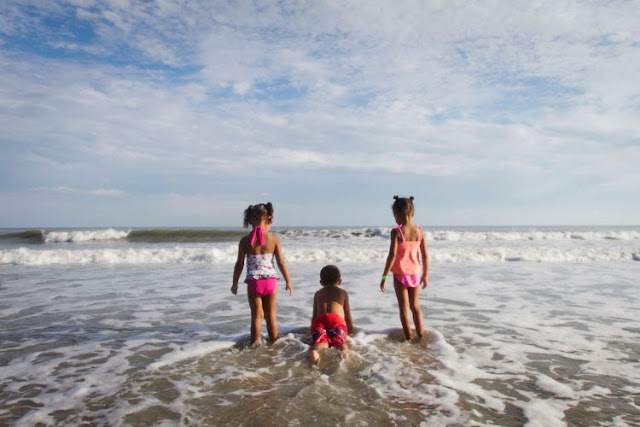 Posted by avidphotog at 2:18 AM No comments:

Last week I was surfing the web in my usual haphazard, nonsensical, non-linear way.  You know, that method where you do an internet search on tire size (because we had our second flat tire in about a month) and less that two minutes later you end up reading about the history of knitting… because a search on tires led to a discussion board about wheels… on sedans versus trucks… busses with permanent wheels… wheels on the bus… children songs.. toys for christmas… Justin likes the Avengers… random article about boys and action figures… dress-up for boys…  super hero costumes… make your own costumes… sewing… knitting… and bam! You've landed on a bizarrely interesting article on the difference between knitting and crocheting.  I'll tell you what… the internet is a dangerous place for those of us who lack focus. Anyhow…  It must have been that type of drunken stagger through the internet that led me to a blog entry about how some couple paid off their mortgage in 3.5 years.

The funny part is, I never even read the entry.  It was probably just one of a dozen windows that I left open as I dashed through websites like a madman and promptly left for work.  But when I got home I was greeted by a wife who, with determination in her eyes, cornered me in the kitchen and said, "I read the article you left up on the screen… and I'm ready! Let's do it!"  Um…. okay… but what article?  She figured that I had left it up for her to read, so we both found it funny that I had no idea what she was talking about.  Evidently, my last click of the mouse led to a blog entry that had convinced her to take up her sword and conquer the financial dragon that is our mortgage.  And so we discussed it, I read the article, and it all left us with the question of, can we do this, too?

Here's the background: We have 3 rental properties with remaining mortgage balances of $158K, $125K, and $82K; and a primary residence with a balance of about $197,000.  That's over a half million dollars of debt owed to 3 of 4 different banks combined.  That's a sad state of affairs, not to mention a state of high financial vulnerability.  Lord knows that we are always one unemployed tenant or one collapsed roof away from what would feel like financial disaster.  Not a fun place to be. So, true to Dave Ramsey form, we decided to focus on the smallest of the four amounts. The $82,000 mortgage started in 2008 as a 30 year $124,000. One year later, we were at least fortunate enough to refinance to a 15 year mortgage.  That dropped the payoff date from 2038 to  2024.  Since then, we've been putting extra money towards it here and there, chipping months off the amortization table whenever we could.  That has us down to an expected pay-off date of September, 2023; essentially 10 years from now.  Which leads us back to the question of, can we do this?

We combed over the finances for about 48 hours… and came up with an answer of no.  But we did try. We drew up plans to cut our YMCA membership, cell phone plan, grocery budgets, etc.  But the truth was that we had been there, done that a number of times already… and are at the point where there honestly doesn't seem to be much left to cut.  With no cable, no home phone, no car payments, and few things left in our lives that anyone in their right mind would call luxury… we seem to be in a good position to maintain our title of Mr. and Mrs. Frugality.  Nonetheless, we massaged the numbers for hours at a time, and it just didn't add up.  Even if we sacrificed big time on our quality of life, the trade off between what we'd gain (maybe a year or two less on the mortgage) and the conveniences that we'd lose just didn't seem to balance out.  Besides (and funny enough) I had just mentally committed to increasing our charitable giving next year. Somethings gotta give. So we closed the book on the conversation, and moved on.  Ten years ain't too shabby, after all.

Except I never really moved on.  This thing ate at me until I finally said, ok… the numbers don't add up… but let's do it anyway! Four years or bust!  Let's get this done!  After all, has God not done crazier things in our lives over the past few years?!  He created the heavens and the Earth and parted the Red Sea… and so I'm willing to think that he could figure out a way to nip a little five figure mortgage in the bud.   Especially with the gainful employment that He has blessed me with.  So let's go for the gold, because even if we fall short, it's still a victory.  I have to believe that the God we serve would still honor our pursuit to be good stewards over the worldly possessions that He has blessed us with.

So consider this entry our public declaration… because it would be easy to not say anything and just try to do it unannounced…  avoiding public scrutiny throughout the process, and saving us the potential embarrassment of not reaching the goal in the end.  But the public nature of an entry brings with it a certain amount of accountability.

So why 4 years?  Why not aim to cut the 10 years in half to five, or better yet why not match the 3.5 that the original blog entry mentioned?!


I wrote that last question two days ago… and (as much as I tried) I have yet to come up with a good answer.  I'd write… then promptly delete… then write… ponder… and promptly delete.  Because no matter how well written the words, or savvy I tried to be in the statement of my excuses… my conscience kept coming back to the same thing: Hypocrisy. Here I am in one breath saying that God can heroically bridge the gap between our goals and our abilities if that's His will. And in the very next breath, I limit Him because of my own lack of faith.  Man, talk about being smacked in the face.

From our calculations, just cutting our mortgage from 10 to 8 years would require somewhat of a heroic effort and a good amount of sacrifice and cost shaving our our part. But the truth is that we could do that ourselves. For me, setting the goal to five years would have put it in the "wow" category. And I guess sliding to four years put even more space between, "wow… look what we did" and "wow… look what God did to honor our faithfulness!"… And I was content with that until I messed up and asked the question: But why not the 3.5 that we actually read about? Why scale it back at all? What is it that's making me think, yeah, that was good for them but that's just not reasonable?  It's only a difference of six months, but it felt so much bigger than that.  I tell you, I have struggled with this question for two days now; but funny enough the answer was obvious from the minute that I typed the question.  Don't limit me.  That's what I heard.  And man, was it convicting.  Here I am starting a blog entry that I was rather proud of, and it somehow morphed into a public evaluation of my personal faith.  Talk about painting yourself into a corner.  But here I am, with a marquee match up of God versus my personal pragmatism.  And thanks to the blessing (and curse) and free will, who wins is totally up to me.