"I think there are birds in the laundry room". That's how it started. And the whistling and fluttering of wings was so loud that for a second I thought she was right. As it turns out, they weren't in the laundry room itself... they were in the vents. Building a nest. Yep. The dryer vent. And the upstairs bathroom vent. And probably scoping out the other two vents for some friends they know. But as of last week, these little buggers are going to have to find someplace else to freeload. 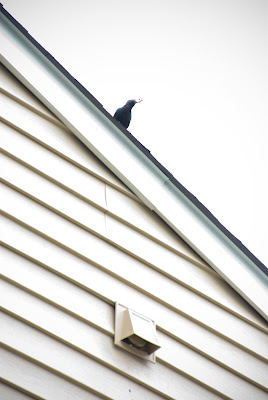 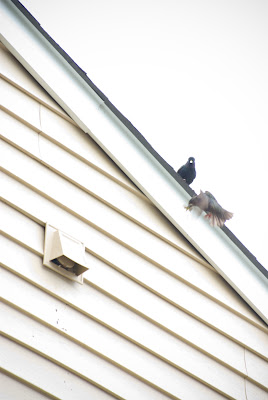 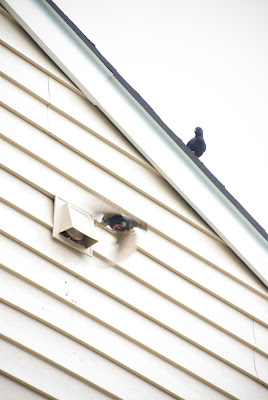 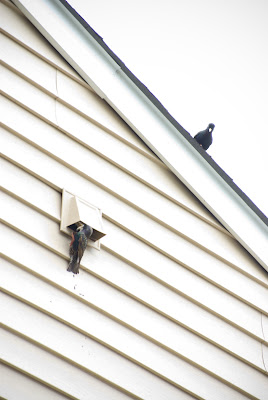 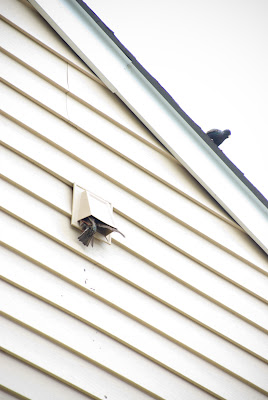 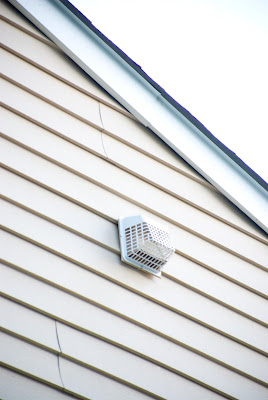 With homeownership, there's always something.
Posted by avidphotog at 7:55 PM No comments: 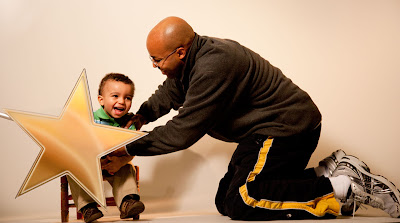 Two weeks ago Justin Alexander got a call for his 3rd talent agency gig: a photo shoot for Smart Beginnings (the Virginia Early Childhood Foundation). How did it go? It was an adventure! His only task was to stand in front of a white backdrop with a big gold star and smile... but when we got there he may as well have told us, "I'll do whatever they ask... as long as they don't need me to stand in front a white backdrop or deal with anything star-shaped. I hate those things." He was so adamant about not having anything to do with the star, you would have thought that we uncovered his biggest fear. He went from being the happiest baby in the world in the waiting room, to becoming that "impossible celebrity to work with" in about 60 seconds flat. The only things missing were his personal assistant (oh wait... I guess that was me and V) and a request for imported water and a bigger trailer. 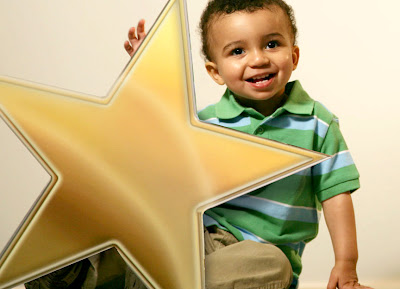 In all, it was a big reminder that toddlers will be toddlers. And you just never know what you're going to get from one second to the next. But at the end of the day, the photographer got the shot he needed, Justin never had to touch the star thanks to the power of Photoshop, and daddy got the workout of a lifetime chasing him around the studio. All in a day's work.
Posted by avidphotog at 5:25 AM 1 comment: 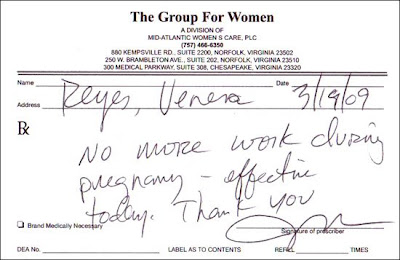 Posted by avidphotog at 9:55 PM No comments:

These two photos were taken at almost the exact same time during each of V's two pregnancies (i.e., with about 6 weeks to go in each), and so the comparison is a pretty accurate one and does good to quantify just how different (i.e., how much more physically challenging) this pregnancy has been in comparison to the first. To make a long story short... if you look to the right of the belly, there's a lot less window left this time around. 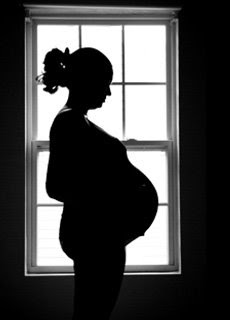 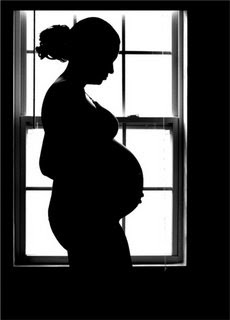 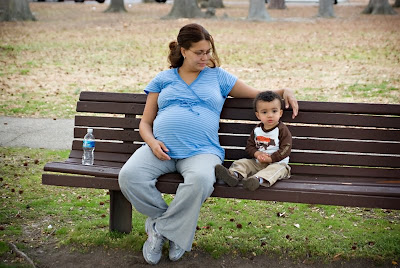 Last night V had two episodes where she either doubled over or jerked in a way that prompted me to make sure she was alright. Both times she was fine, and responded, "that felt like a contraction or something" (actually, she said something more like GET THIS BABY OUT OF ME... I CAN'T TAKE IT NO MORE.... just kidding... she was 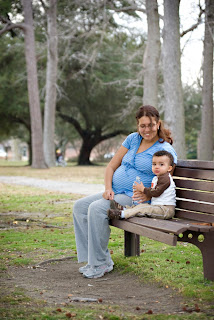 probably thinking it though). With that said, I could only laugh when I logged onto babycenter.com this morning and the first popup message read, "Starting to feel something happening?"... Now, V doesn't read the babycenter updates as often as I do (there's no need... I just read it, she gets to live through every kick, spasm, and backache)... but I'm thinking that maybe she should start because that thing reads like a horoscope. In fact I have to say that it's still kind of crazy to me how predictable the stages of pregnancy can be.

Long story short, this morning's article was on Braxton Hicks contractions; sporadic uterine contractions that start about 6 weeks into the pregnancy, although they usually won't be felt that early. Now that she has started to feel them, they'll still probably remain infrequent, irregular, and essentially painless for a while longer. But by the time we're within a couple of weeks of the due date, the contractions will get more intense and more frequent as the "groundwork" is set for labor. Wow... only six weeks left. Six weeks of partial sanity (Justin has already stolen the other part). And after that we turn into sleep-deprived zombies again. Looking back at round 1, it wasn't until months later that I realized how tired our eyes looked in this photo taken a few weeks after Justin was born. Man, we were in bad shape. Hmmm... speaking of Justin, I wonder if 6 weeks is long enough to teach him how to change a diaper and prepare a bottle at 3 am. I'm just saying...

Anyway, otherwise V and baby #2 are doing well.  At this stage the baby is probably about 4 3/4 pounds (like your average cantaloupe) and is almost 18 inches long. V has also done an awesome job with her revised diet and keeping her sugar levels 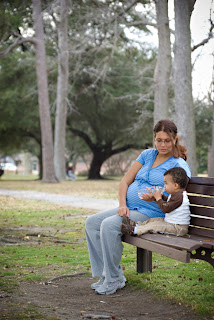 in check. She has also continued to hold steady in the weight department. On the downside, our bed has finally betrayed her and forced her to make the transition to sleeping in the upright position to avoid pain, discomfort and swelling. But even with that, she just continues to do what needs to be done (both at work and at home) without much fanfare. And it's in times like these I am reminded of how much resolve she has... because if it was me (can't eat, can't sleep, can't tie my shoe, heartburn, headaches, and the whole shebang...)... I'd be at the doctor's office demanding a dose of any sedative that would last the next six weeks. You'd be able to hear me from Mexico and Canada alike screaming, KNOCK ME OUT! ... but instead she just presses on. Reason #582 why women have babies instead of men.
Posted by avidphotog at 8:54 AM 1 comment: 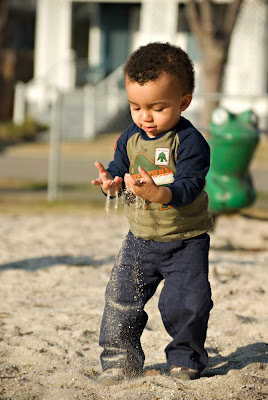 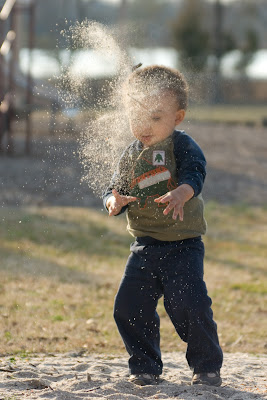 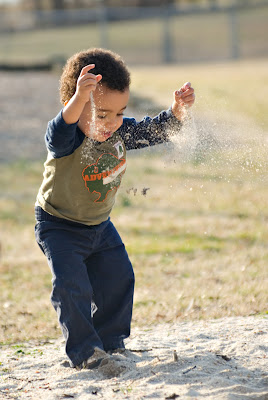 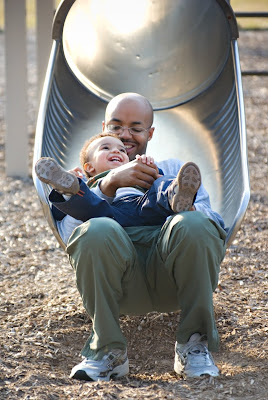 Posted by avidphotog at 10:21 PM No comments: