Where else but Chuck E Cheese?  Happy Birthday, Buddy. 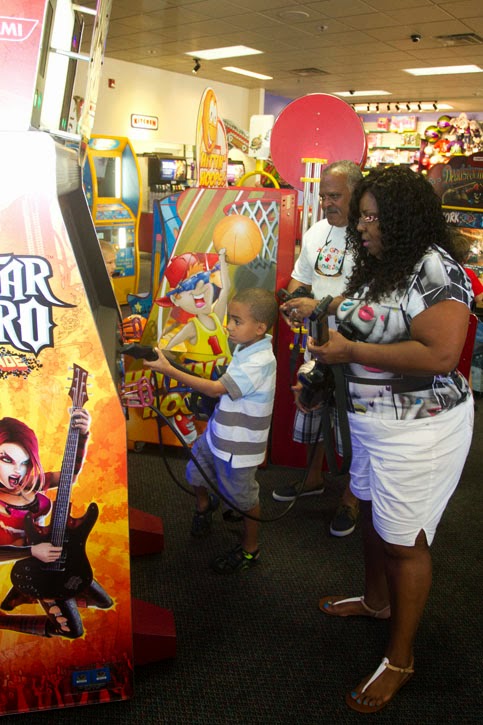 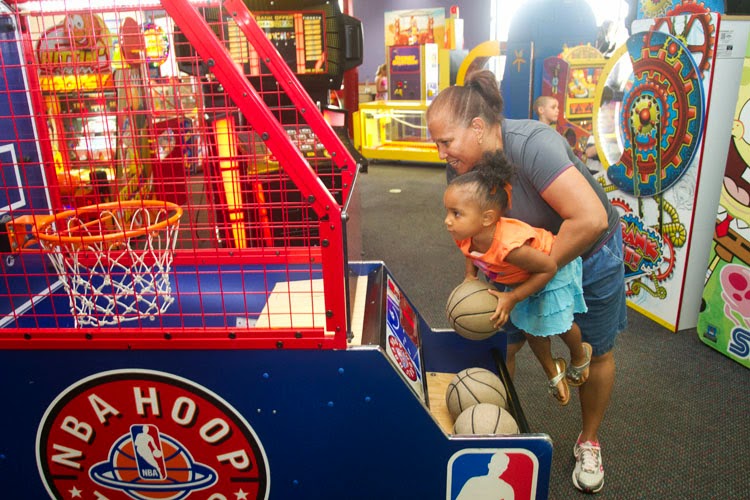 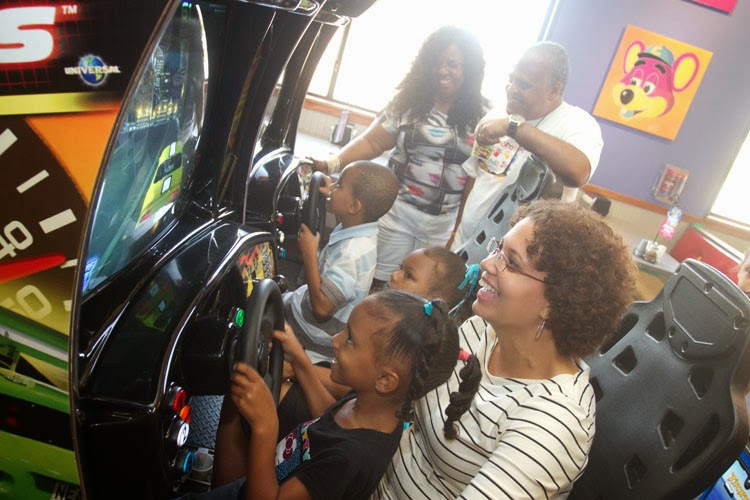 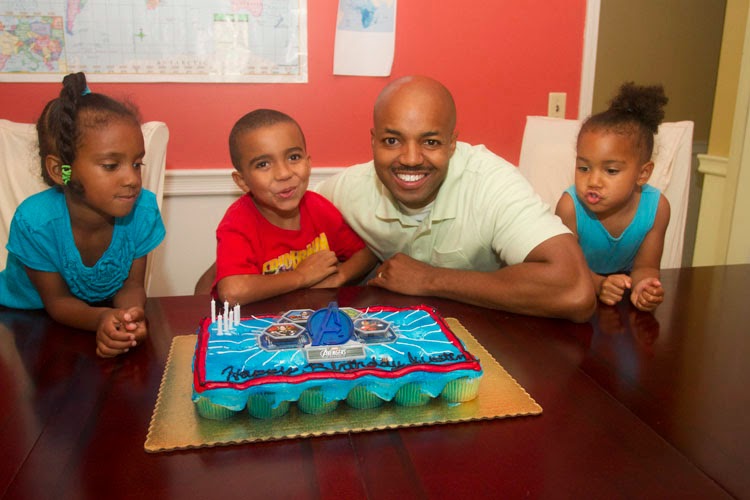 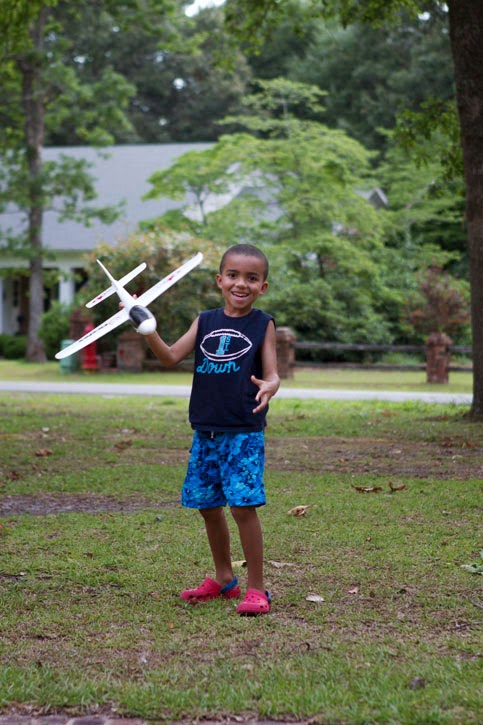 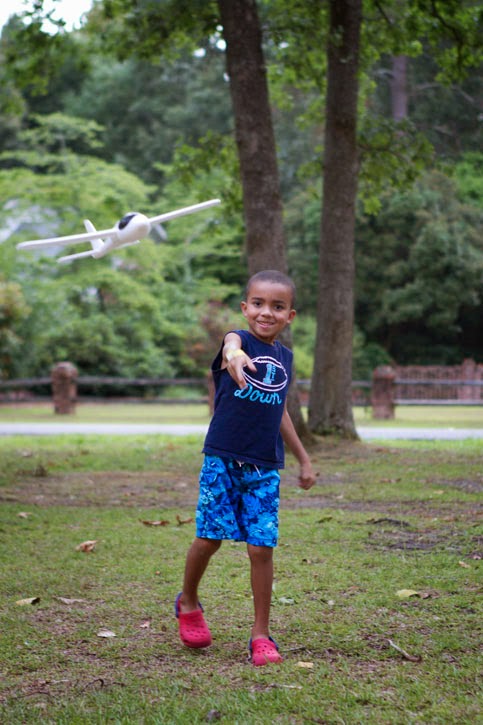 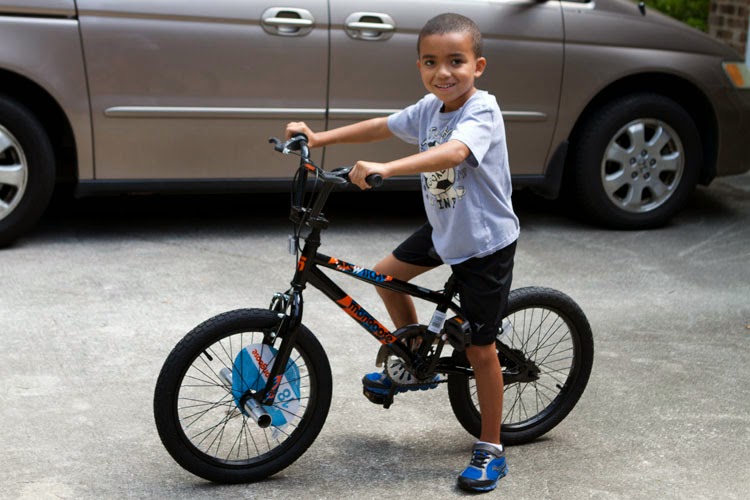 Posted by avidphotog at 9:44 PM No comments: 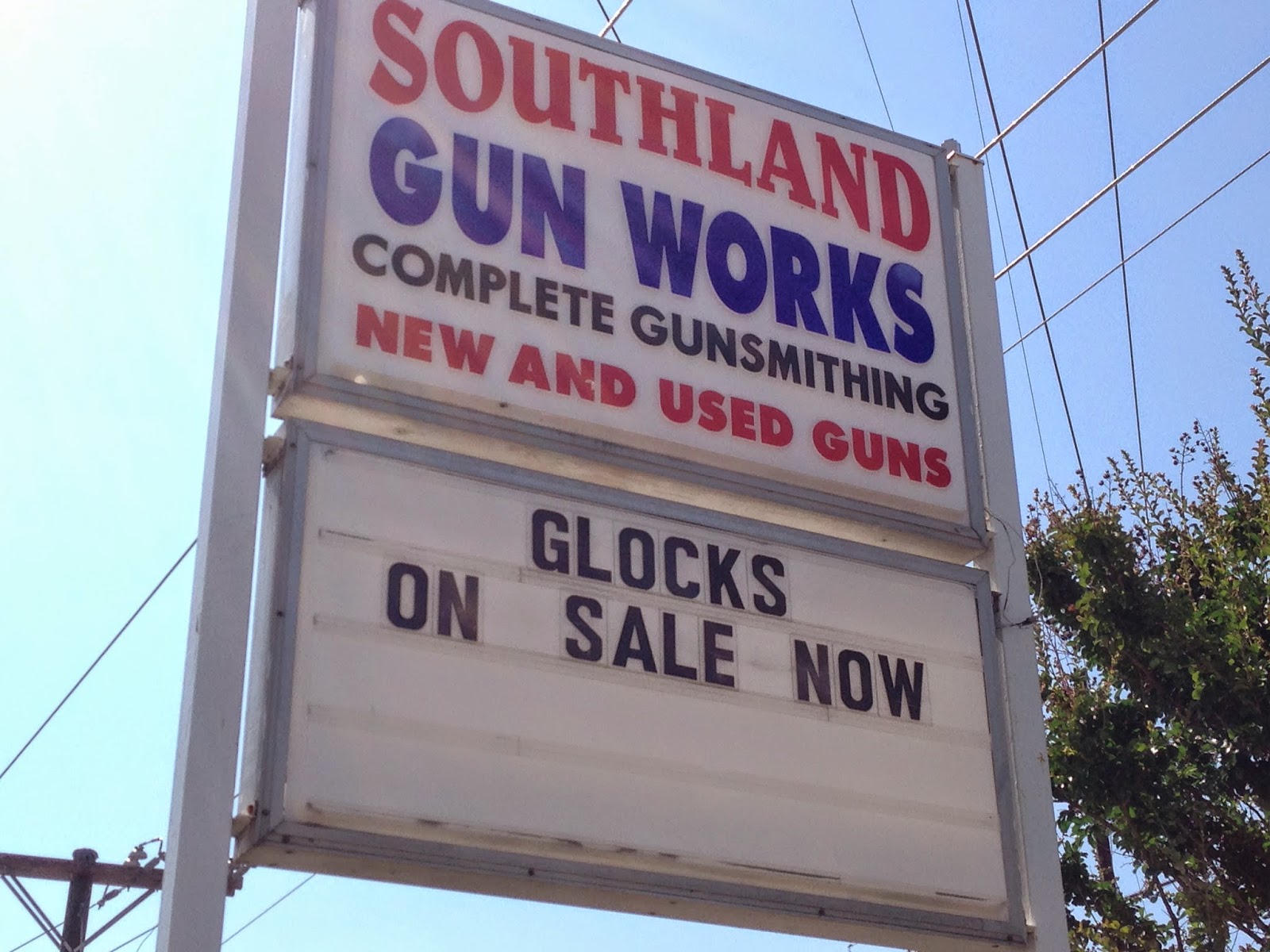 After two trips to the range (and about 10 dozen episodes of 24 and Criminal Minds) I'm suddenly thinking that I missed my calling as an FBI agent. Saving the world from terrorist plots and devastation twice a week is probably higher on the cool occupation scale than adding fractions and grading math homework. 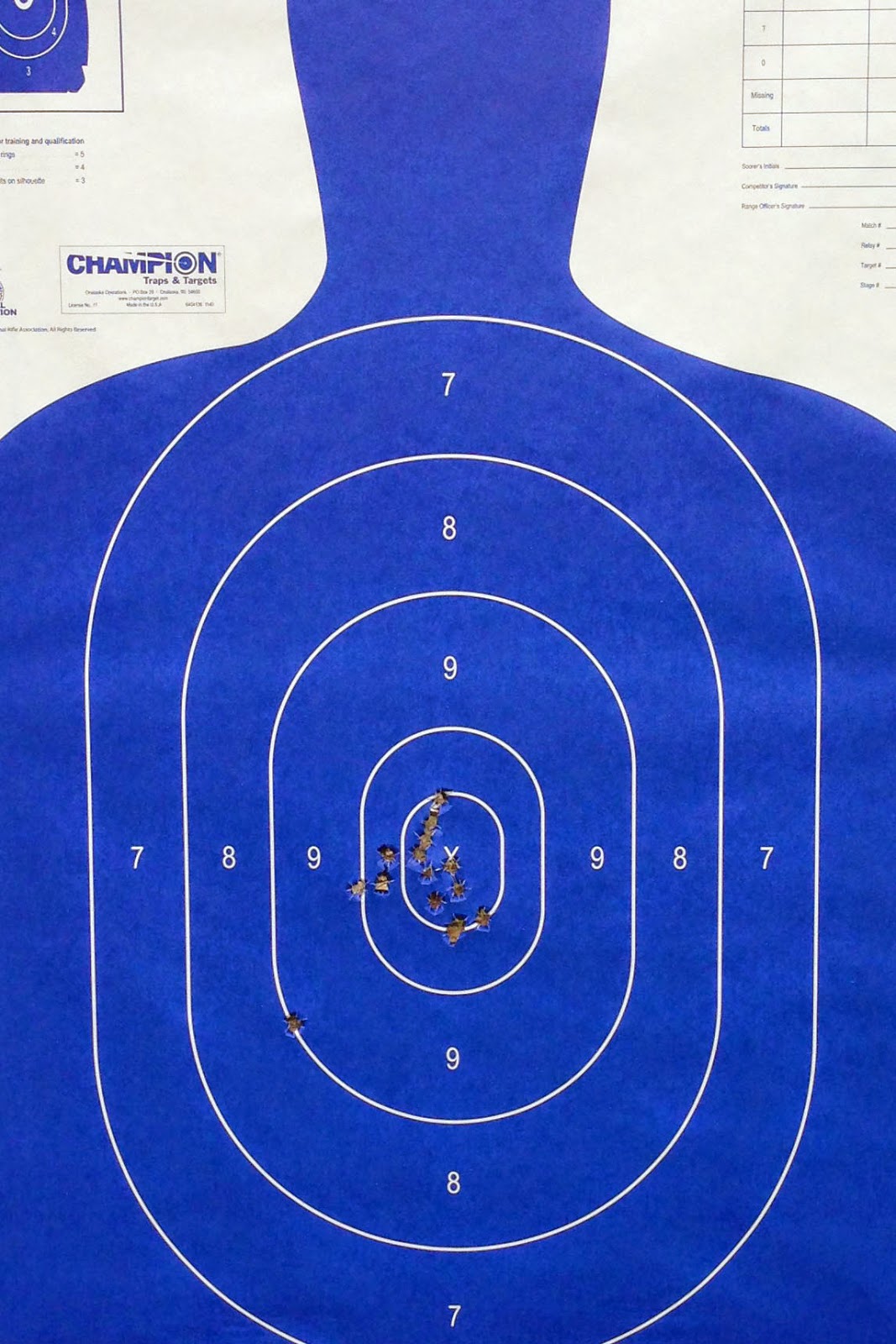 Posted by avidphotog at 6:50 AM No comments: 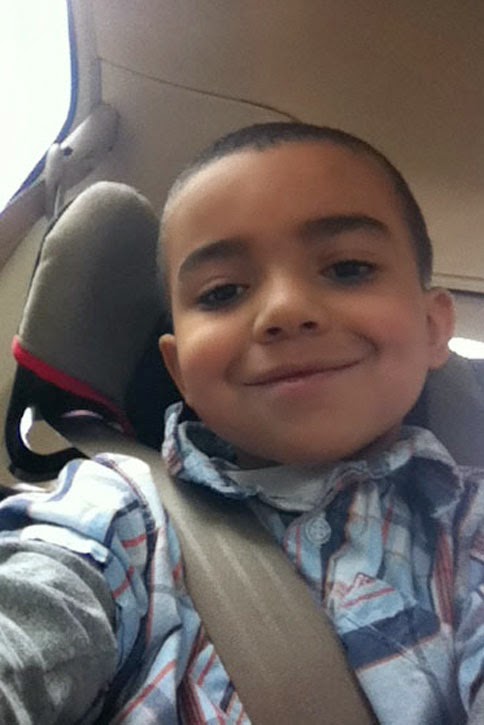 Between iPads, iPods, phones, laptops and desktops, its seems that every device around the house has a built-in camera.. not to mention that we also have a few actual cameras (because rumor has it that they still make those).  While I was putting together the 2013 photo archive, I decided to tour the house and collect the images from all of our different devices.  In doing so, I came up with a gallery of photos taken by the kiddos that I've been meaning to post since December. So, without further ado, here it is: click here.

While I was putting the photos together, I was already thinking ahead and wondering if we'd have another such gallery for 2014. But, as I'm writing this, it occurred me to that two of the three devices that they use the most (an old phone and a toy camera) have been either missing or out of commission for most of the year.  Plus, Justin (lover of special effects and the biggest selfie offender in the house) doesn't seem quite as infatuated with himself or the camera as he was 6 months ago (well... at least not the camera).  So we'll have to wait and see.  I suppose we do still have 6 months to make up for lost time. The image capturing love affair can catch fire again at any moment.
Posted by avidphotog at 7:03 AM No comments:

Twenty-one sprinkler heads and a well pump.  Method #28 for beating the heat on a budget.  Who said you couldn't be ghetto in the suburbs? Add a few toys and an admission fee, and we could've called it a theme park.  Throw the kids a bar of soap, and we get to bypass bath time, too. 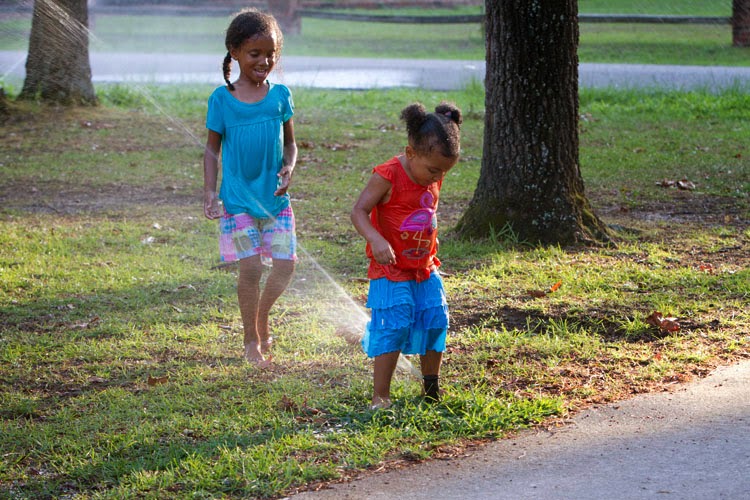 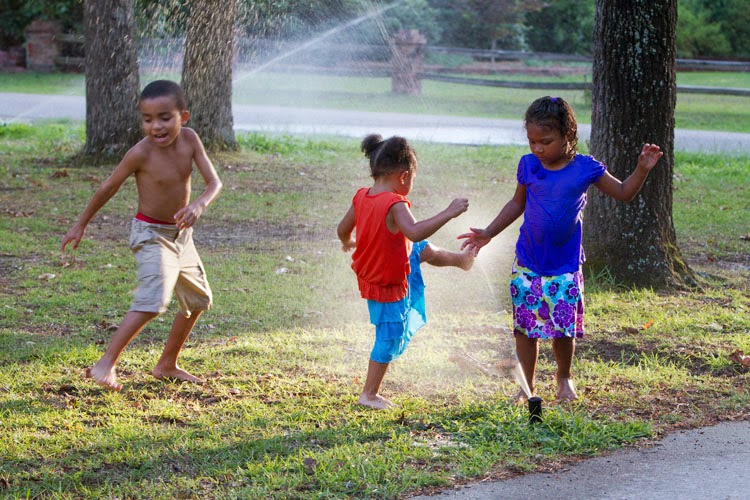 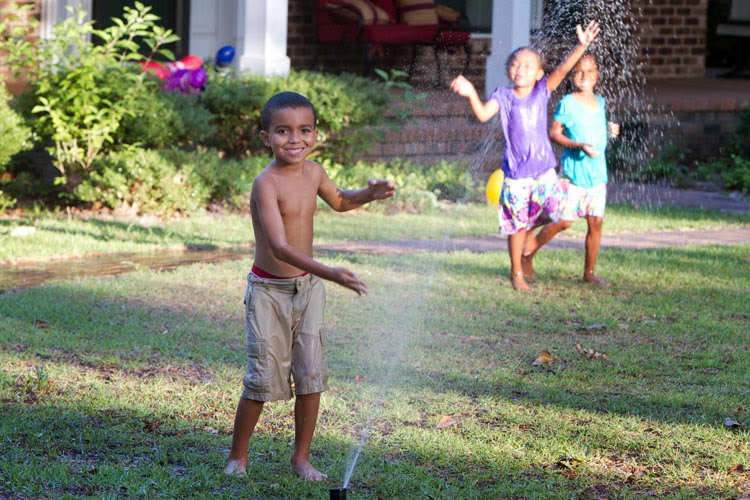 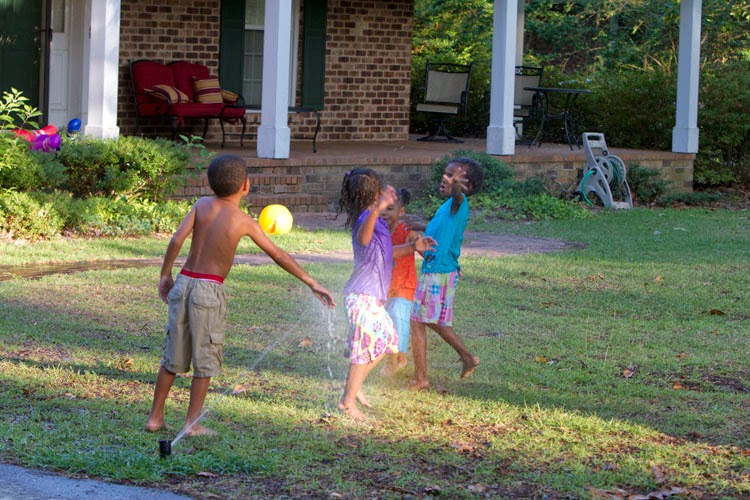 Fun times.
Posted by avidphotog at 2:10 PM No comments: