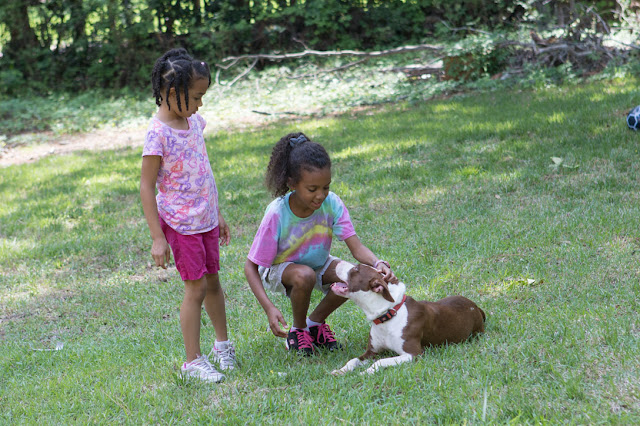 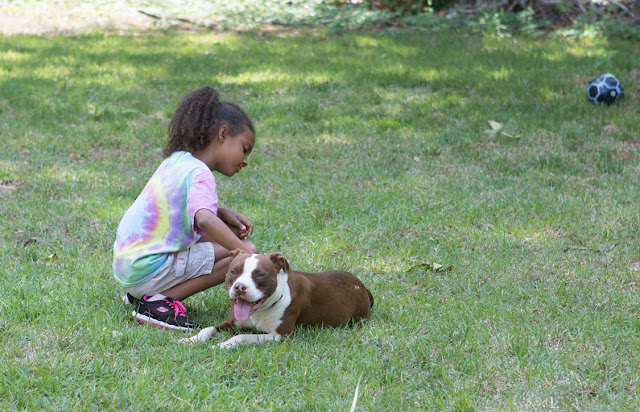 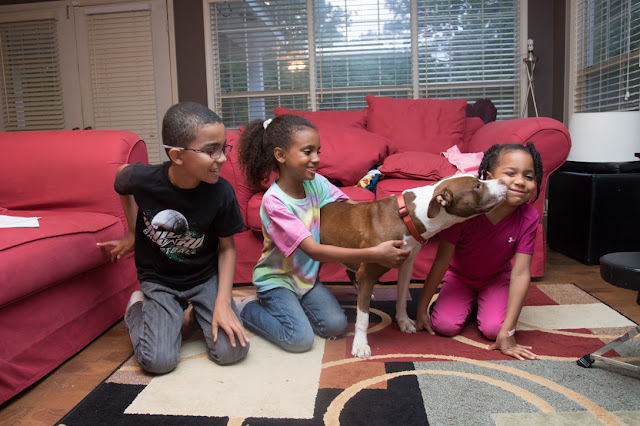 It only took about 2 days before I knew that Emmy was my favorite foster dog so far (well... sort of. See additional notes below**). She pretty much bested the other two dogs in every category: temperament, loyalty, obedience, smell (man, did Novak stink), and behavior. She was pretty amazing... except for that whole (ahem) being a pit bull thing. Truth be told, she only got aggressive once (when a neighbor she didn't know tried to enter the fence to our backyard... a reasonable excuse in my book) but otherwise she was our best dog since Tasha. She also broke the doggy barrier while she was here: first dog we've ever had that was allowed to roam the house)... but I'm sure Venesa will quickly point out that this probably had a lot to do with the fact that she was also the smallest dog we've ever had. I think it was because they bonded as redheads.

Anyhow, the point is that she was awesome. And she'll be missed. And any dog that comes after her that's allowed to lick the crumbs off the dining room, kitchen and schoolroom floor will have her to thank. Emmy, the pioneer. 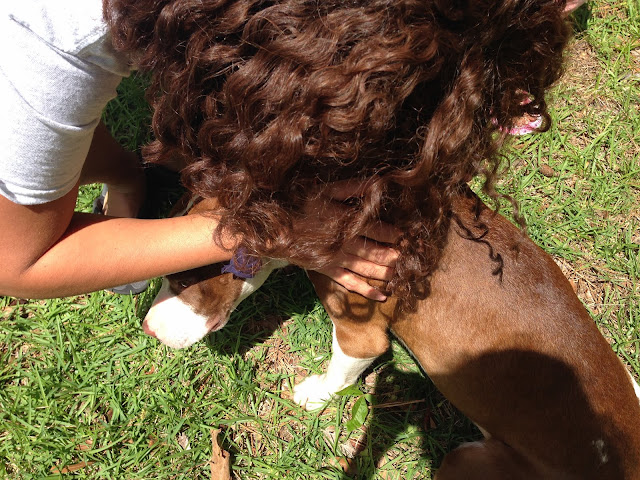 **About Emmy as the best dog... a few hours after I wrote this, I happened across pictures of Amara (first foster dog) and her time with us. I was quickly reminded that, at the end of her time, we wanted to keep Amara, too. I guess Novak (the middle dog) was such a stinker (literally... plus he dug up the yard, and bit) that my fond memories of Amara quickly faded. Another reason I love pictures (and the blog). If it were left to my memory alone, the history book I'd write wouldn't be one anyone should trust.
Posted by avidphotog at 7:10 AM No comments: