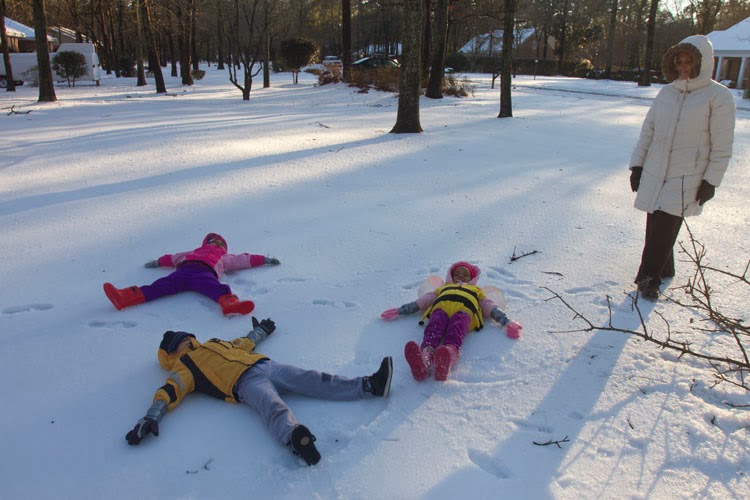 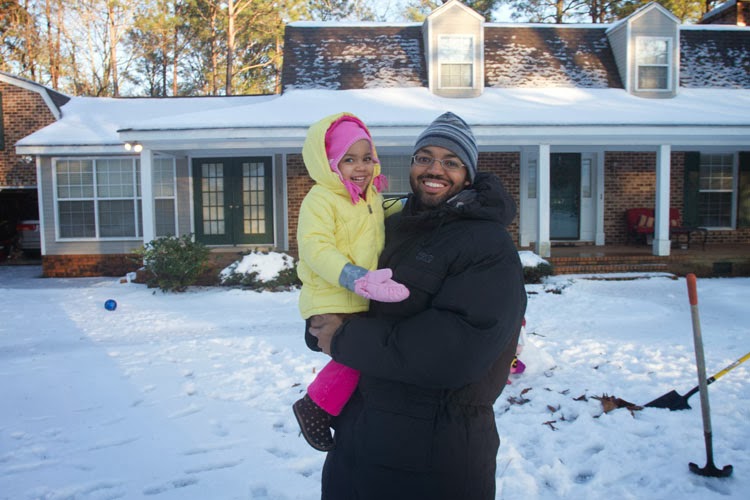 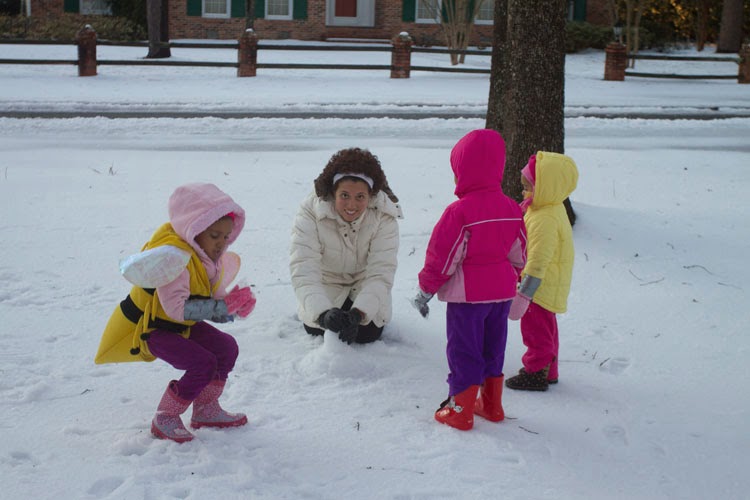 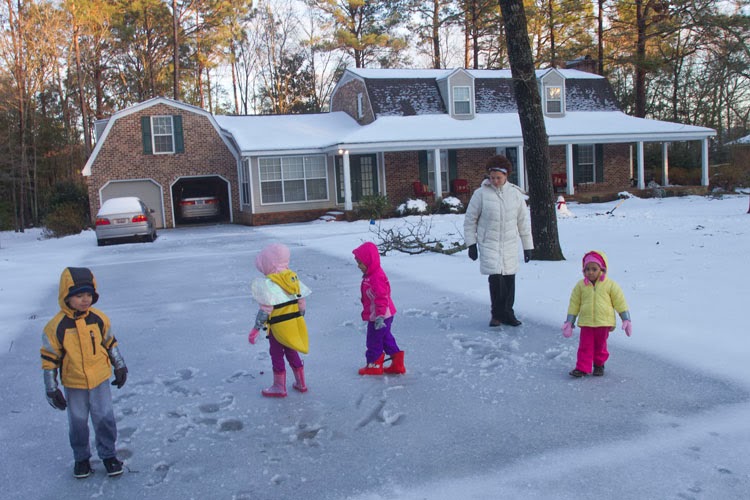 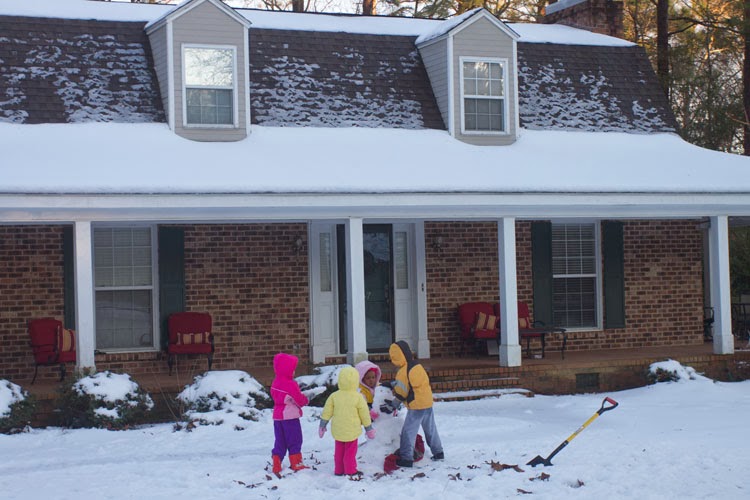 Posted by avidphotog at 4:55 AM No comments:

Speaking of snow, I never got around to posting photos of our January snow fall.  The kids had blast. 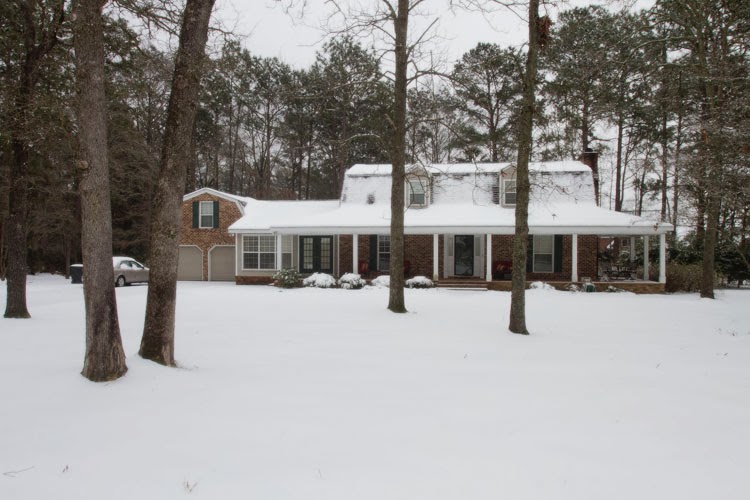 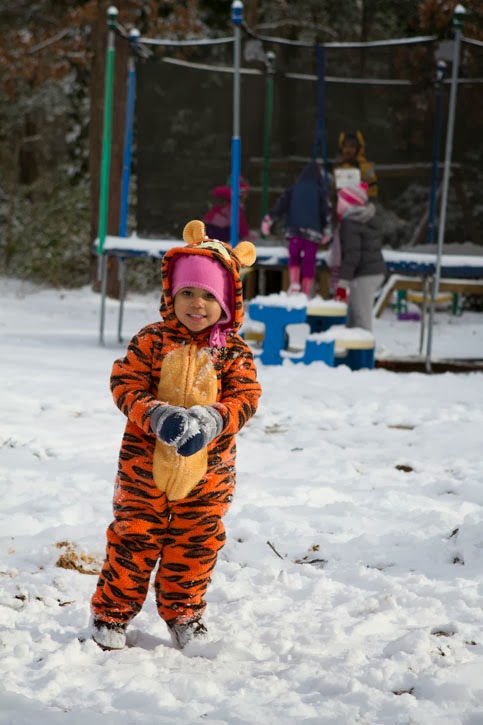 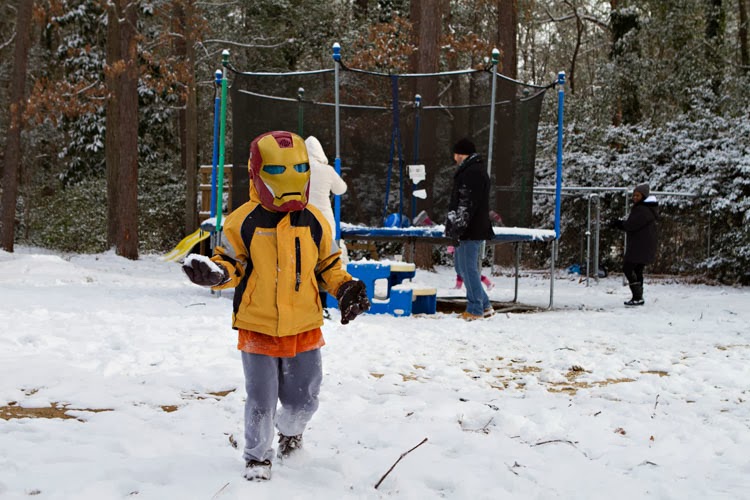 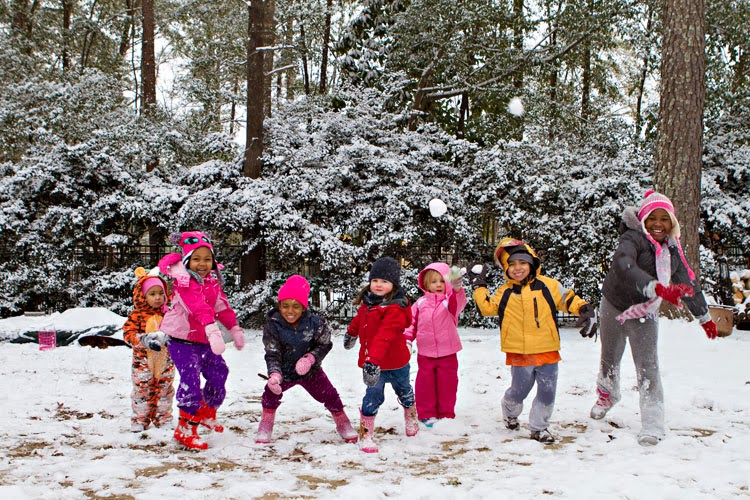 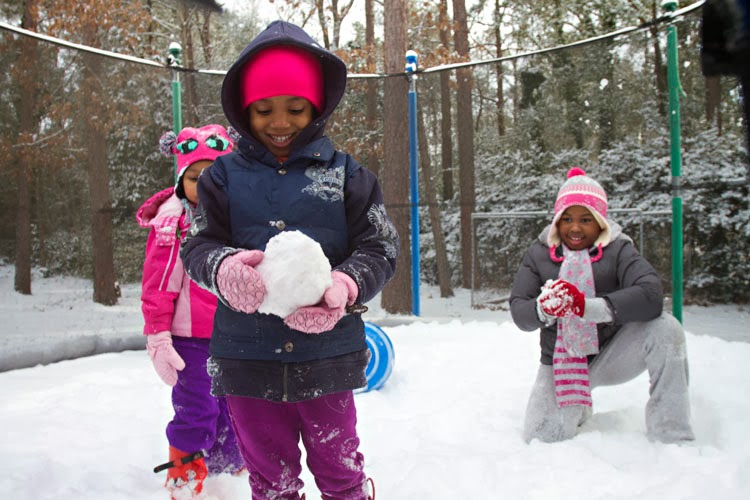 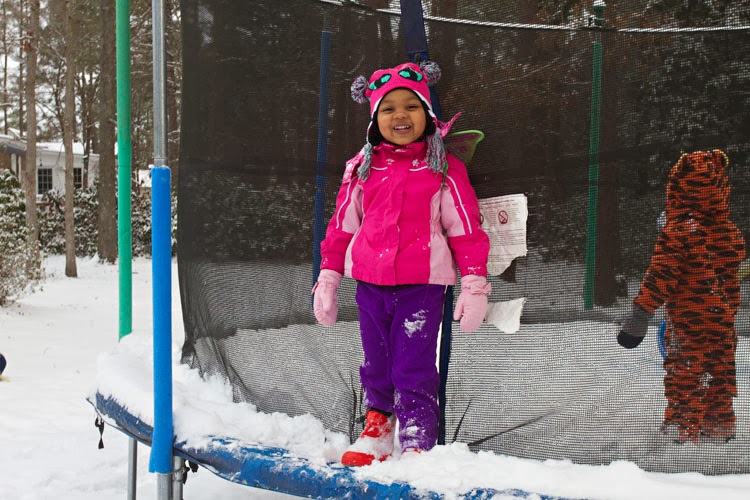 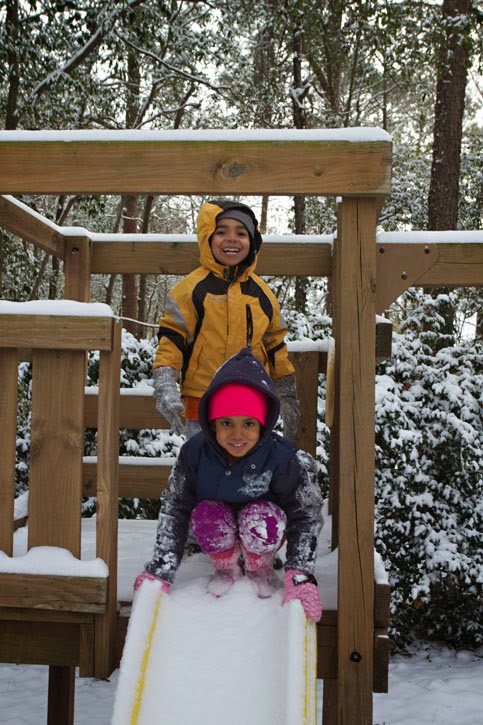 Posted by avidphotog at 4:25 AM No comments:

Nana sent me this photo of her front yard last Tuesday. I think I'll keep it handy for the next time Jasmine asks me, "Why don't we visit NaNa and PopPop more often?"... I can tell her, "Because we don't have a snow plow, sweetheart." 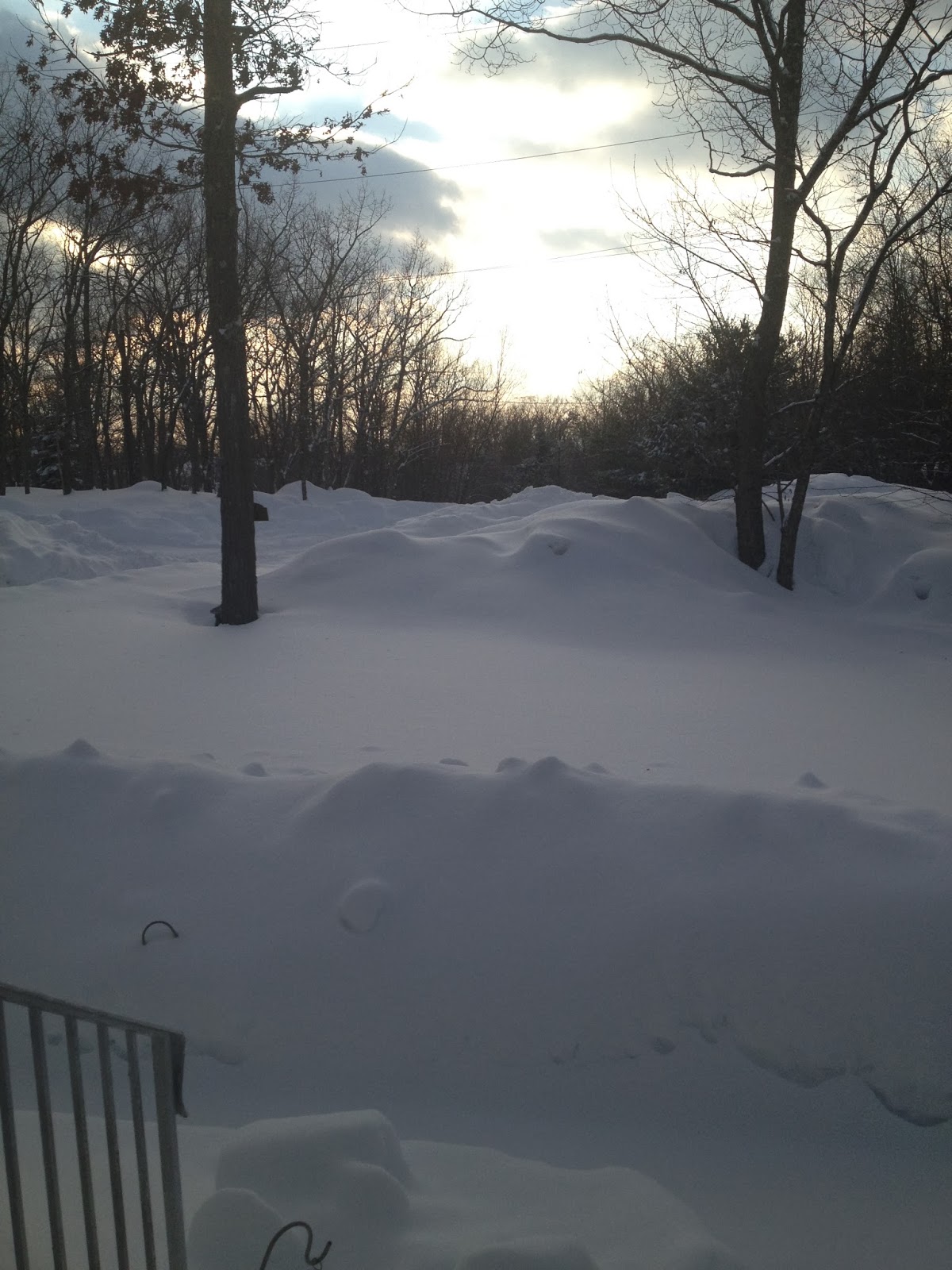 Meanwhile, here's a same-day-snap of our front yard in sunny Hartsville, SC... 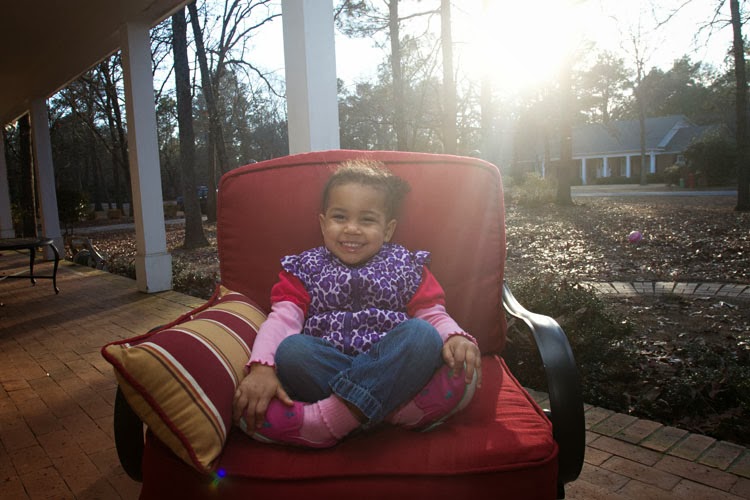 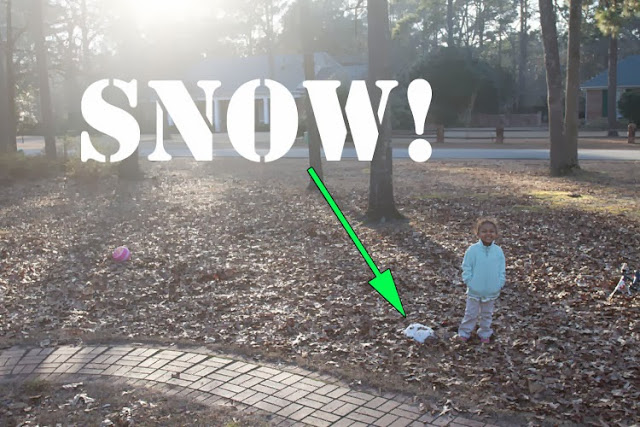 At $75 for ten weeks (classes are held once a week), Jasmine's gymnastics endeavor seems reasonable enough. In fact, on the surface, I'm pretty sure that this'll be one of the cheapest extracurricular activities that we finance over the next two decades. But it's a sneaky cost. 3 class cycles later (plus a registration fee) and we're up to $250. Add another 2 cycles to take us to the end of the school year, and we're up to $400. Whoa... What happened to reasonable? Multiply that by 3 other kids who will inevitably have other interest, and all of a sudden the only approved extracurricular activities in our household are playing in the sandbox and raking leaves. Heck, I can toss her around the backyard for free. And we have a trampoline! Who needs a leotard, anyway? 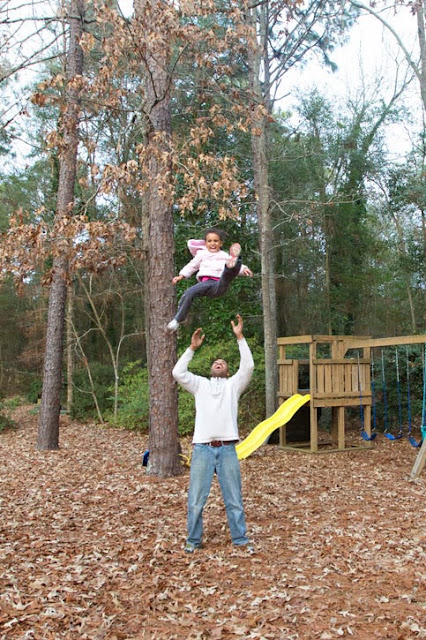 Anyhow, come March, Jasmine will be trading in her cartwheels for soccer shoes. I still can't figure out Justin, though. Granted, soccer was pretty much a disaster for him 3 years ago. But at this stage, he's so rambunctious and aggressive with other boys (I think his favorite word is "tackle"), you'd think he would love a game that involves some running around and physical contact. But to my surprise, he has opted for baseball: A sport where you have to stand around for 10 minutes and wait your turn. Granted, I personally love baseball... but with this six-year-old's attention deficit, I don't see this ending well. Plus, baseball is so rich with rules and regulations (the rules of soccer are pretty much run, kick, and don't use your hands). I envision a lot of base running in the wrong direction. And the first time someone throws a ball at him, forget about it. But maybe he'll surprise us.

I won't hold my breath, though.
Posted by avidphotog at 7:30 AM No comments: